A confident Mayor Jeff Jones said they dislodged former Mayor Marty Barnes, the late leader of Paterson who ended his reign in handcuffs.

“I’m in good company,” the mayor beamed, as he launched the opening of his campaign headquarters earlier today around the corner from Market Street, close to the train station.

When it comes to running the White House or running City Hall, the message, the mayor said, has been simple.

“Black need not apply,” he declared.

He watched the crowd absorb the message and then, “Let people know we ain’t playing,” Jones shouted, and his supporters whooped.

One of three African-American candidates in an eight-person contest, Jones aligned himself with his own community today, even as he presented emblems of Paterson’s 51 other ethnic enclaves, among them Peruvians, Arabs and Muslims who took the microphone and bore testimony to his leadership.

Criticized for being at times too professorial in the administration of his duties, Jones admitted there were times during his tenure when he didn’t call on the troops.

“Let me apologize,” he said.

“Pleased do,” someone groaned.

“I should have told you I need help,” the mayor said, surrounded by family, among them his mother, two brothers, and church leaders, including the pastor of his church and co-campaign managers. “I foolishly decided to carry the weight on my own shoulders. It will never happen again. I need your help.”

Jones objected, pointing out that the same political apparatus that wrapped Torres in its embrace – and under Torres’ watch saddled the city with a $78 million deficit – now backs Sayegh.

“I turned that $78 million into $500,000 positive cash flow,” Jones said, slapping at the narrative that Sayegh would represent change and not simply a restoration to city hall of the party infrastructure that sustained Torres.

The city was busy with politics on Saturday with 37 days before Election Day.

Sayegh this week formally announced the support for his campaign of longtime ally Councilman Julio Tavarez.

Bodegas scrunched together a handful of blocks from the Great Falls near a bustling campaign headquarters where Councilman Rigo Rodriguez, in between juggling incoming phone calls, said he believes the contest comes down to himself versus Jones.

“I do believe the mayor still has a base,” Rodriguez said. “It’s him and me. The city’s Latino vote is predominantly Dominican and that’s my base. Joey appeals to Puerto Ricans, whose numbers are not now the strength of the Dominicans.”

Rodriguez strode rapidly to his next scheduled event, where a small crowd gathered and balloons adorned a parking lot near HQ.

In Goow headquarters above the falls, allies of the former 2nd Ward councilman plastered a large piece of paper to the wall containing the names of the eight candidates and arrows designating the paths of attack and counter-attack.

It shows Torres, Jones and Sayegh weathering the most punishment, and Goow and the indictment-harried Rodriguez so far looking relatively untouched. 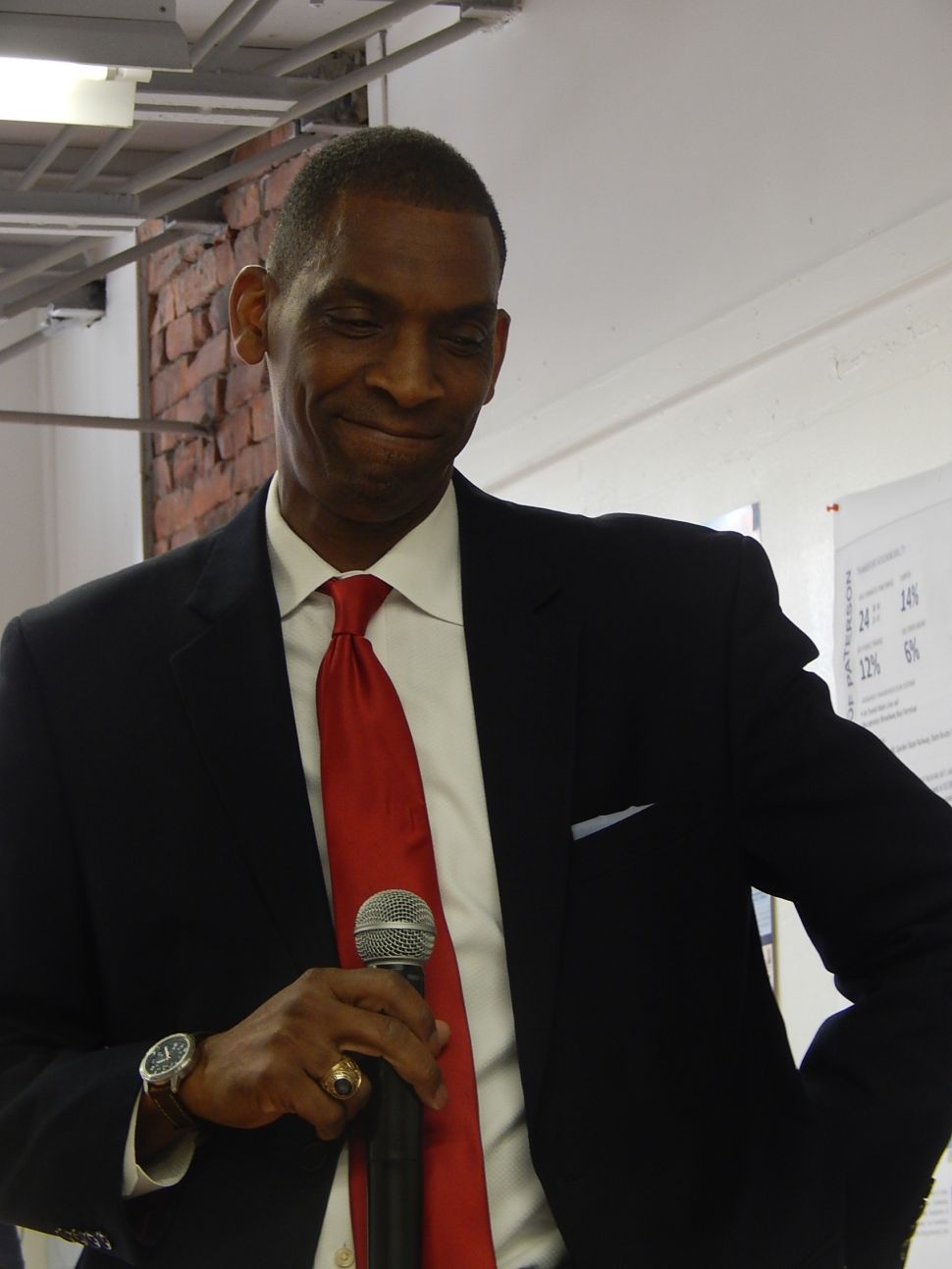