The mayor’s office didn’t immediately respond to a request for comment, but the sources said that Mr. de Blasio is expected to make the announcement on the Brooklyn Heights Promenade tomorrow at 2 p.m.

In his former job as public advocate, Mr. de Blasio, a Brooklynite who campaigned as a champion of the outer boroughs, called on Macy’s, the event’s sponsor, to move the show back from the Hudson River so it could be seen by residents in Queens and Brooklyn. The display was moved to the Hudson, between Manhattan and New Jersey, in 2009.

“The outer-boroughs aren’t an afterthought,” Mr. de Blasio said in a statement after attending a 2013 rally calling for the move. “They should be the main event. We’re grateful to Macy’s for bringing the show to New York City every Fourth, but it’s time the City put the fireworks where the most New Yorkers can actually enjoy them. Let’s alternate between the Hudson and East Rivers, beginning with a return to the Brooklyn-Queens waterfront next year.”

“As a Brooklynite,” he added then, “this is a tradition we want back on our doorstep!”

Macy’s did not immediately respond to a request for comment. 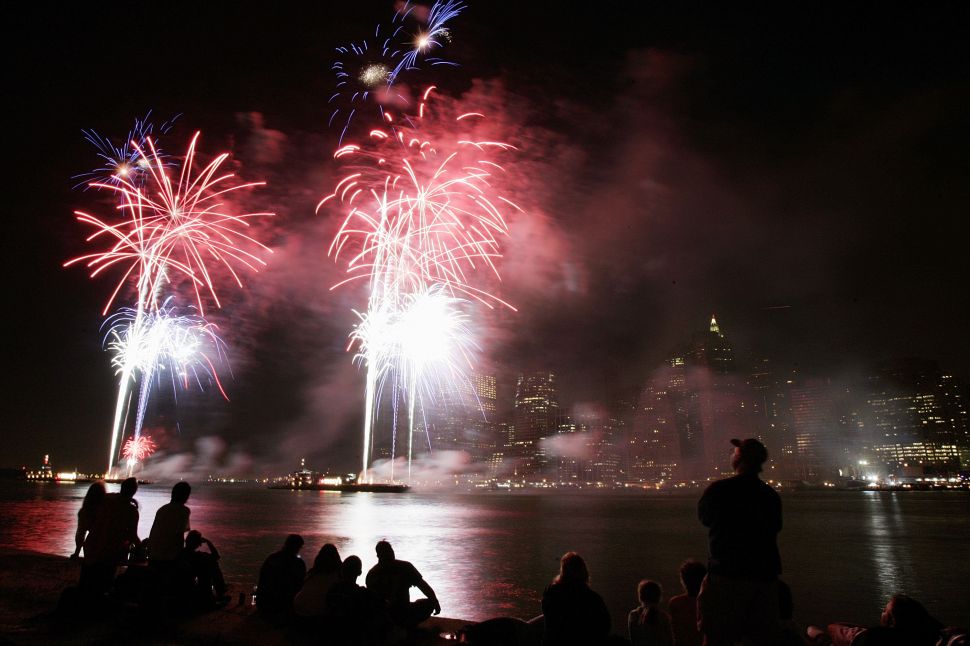