State Sen. Tom Kean Jr. is reportedly set to hold a fundraiser for the son of a possible 2016 presidential hopeful.

Kean, who Christie had a hand in trying to oust from his leadership position in the state Senate, is hosting a fundraiser at his home for George P. Bush, son of Jeb Bush, on May 7, POLITICO reports.

Christie had a role in attempting to oust Kean as Senate minority leader following the recent statewide election.

Kean did not immediately return a request for comment. 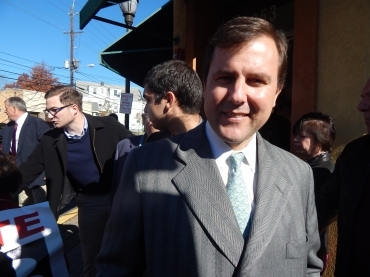