HACKENSACK – Wolff & Samson, the law firm of former Port Authority Chairman David Samson, informed Bergen County officials last month that it felt it should no longer be representing the county, according to both Bergen County officials and the firm. The Bergen officials confirmed that the professional relationship ended earlier this week, almost one month after a vote by the Bergen freeholders calling for Samson’s resignation.

“On Tuesday, March 4, 2014, the Board of Chosen Freeholders of the County of Bergen adopted a resolution calling for a member of this firm, David Samson, to resign as Chairman of the Port Authority of New York and New Jersey or be fired by Governor Christie due to certain alleged conflicts of interest,” reads a letter from Wolff & Samson attorney Arthur Goldstein to two attorneys, including Bergen County Counsel James X. Sattely, Jr., dated March 14, 2014. “In doing so, the Board in its Resolution stated that ‘Port Authority Chairman David Samson’s activity clearly conflicted with his official duties and allowed for the creation of a public hazard.’

“Although we do not believe it is appropriate at this time for us to comment on the contents of the Resolution, this action and the allegations against a senior member of this firm negatively impact our lawyer/client relationship with the County as well as [the Bergen County Improvement Authority],” the letter continues. “As a result, we believe there exists a conflict of interest in continuing to represent the County and the BCIA.”

Goldstein, a partner in Wolff & Samson, had served as counsel to Bergen County Executive Kathleen Donovan’s transition team after her election in 2010.

The BCIA will consider whether to sever its relationship with the firm at its meeting later this week, according to county officials.

“David Samson certainly did not represent the best interest of Bergen County residents when he was more concerned with inner Port Authority politics rather than finding out why the access lanes to the George Washington Bridge were shut,” said Freeholder Jim Tedesco. “After being awarded over $1.5 million dollars in contracts funded by taxpayers you would think David Samson wouldn’t have such disregard for us.”

Tedesco was one of the first county officials to call for an investigation of the George Washington Bridge lane closures, now known as the Bridgegate scandal. He recommended, along with the majority of Bergen County freeholder board, in January that future county contracts with Wolff & Samson, the law firm of Samson, be halted until the conclusion of the state investigation of the scandal, which includes the examination of the Port Authority’s role in the lane closures. The firm reportedly received more than $1.5 million in county contracts in recent years.

Tedesco also called on Samson to resign his position as chairman in January.

Samson resigned as Port Authority Chairman last week, a day after a law firm hired by Christie’s administration issued a report clearing the governor of any wrongdoing regarding the GWB lane closure controversy. They also come in the midst of the Bergen County Executive’s race, in which Tedesco, a Democrat, is trying to unseat Donovan, the Republican incumbent.

Some questions pointed at Donovan since the Bridgegate scandal blossomed center on her professional relationship with Samson, who has been subpoenaed to produce documents by the state legislative committee investigating the scandal.

“Wolff & Samson did fine work for us,” said Jeanne Baratta, Donovan’s chief of staff. “We were satisfied with the work that they did. In our form of government, the county executive proposes, the freeholder board disposes. The freeholders approved all of the work for Wolff & Samson. They could have said no, but they didn’t.”

Samson did not immediately return a phone call seeking comment. 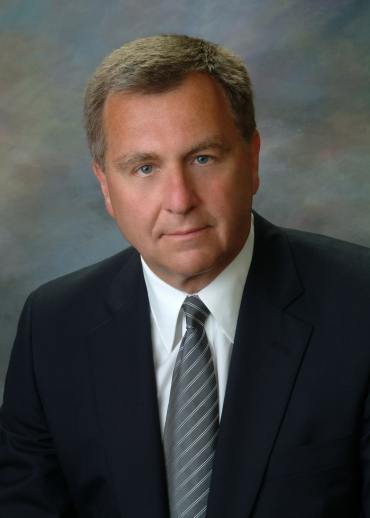