The City Council has always had its prickly, sharp-tongued and press-savvy independents.

Among the roster of rogue lawmakers who have recently filled its ranks: Charles Barron, a self-identified Black Panther who frequently decried the “racist” powers-that-be; Peter Vallone Jr., a motorcycle-riding law-and-order crusader; and Tony Avella, who didn’t flinch before launching a quixotic campaign for mayor against the Democratic establishment’s choice.

The newest addition to the lineage of independents–or at least those council members unafraid to jab the speaker and mayor on the record–is Queens Councilman Rory Lancman, an ex-assemblyman and proud liberal.

Mr. Lancman’s recent acts include voting against Mayor Bill de Blasio’s pick to lead the Department of Investigation, holding a press conference challenging the mayor on rates, calling for a hearing to look at the de Blasio administration’s snow-response efforts and describing the council’s new “working group” as “ominous.”

“I am independent-minded, I’m unafraid to speak my mind,” Mr. Lancman told the Observer in a recent interview, when asked to describe his outlook. “People in my district expect of this of me and like that about me. I’m very comfortable in my own skin. On a particular issue, if I’m on the other side of powerful people, within the council or administration or in the political ecosystem as a whole, I’m comfortable with that. I know how handle myself.”

Most council members, at this early point in the new administration, generally refuse to criticize the political establishment while speaking on the record. There are exceptions, like Bronx Councilwoman Annabel Palma, who blamed “retribution” for the speaker’s decision to shut her out of committees assignments following a heated leadership race. Brooklyn Councilman Jumaane Williams has also been willing to openly question some decisions and recused himself from the Department of Investigation vote.

But Mr. Lancman, who has evolved from an anti-establishment congressional candidate to a loyalist of the Queens County Democratic Party, is an oppositional figure who knows how to make a headline.

As an assemblyman, he gained national attention by challenging the Spider-Man Broadway show on workplace safety issues. Now, as a councilman, he held a press conference dubbed “The Rent is Too Damn High”–an homage to the perennial “Rent is Too Damn High” candidate Jimmy McMillan–where he demanded that Mr. de Blasio lower rates for homeowners. (Asked about the event, Mr. de Blasio quipped back: “Well first of all I feel that Jimmy McMillan should get royalties for every time his phrase is reappropriated.”)

Like Ms. Palma, Mr. Lancman was also denied a committee chairmanship, meaning he has less to lose than most. One council source said Ms. Mark-Viverito should have considered Mr. Lancman more.

“Someone should have at least had the political acumen to break off something for Rory because of his ego,” said the source “Hell hath no fury like Rory Lancman scorned. He’s got nothing to lose and he’s gonna be around for a while. He’s not a guy you want to poke in the eye, especially for a one-term speaker.”

Mr. Lancman told the Observer that his relationship with Ms. Mark-Viverito–who declined to comment for this story–is cordial, but offered a few pointed critiques of the council thus far.

“She’s been perfectly civil with me but the council really isn’t doing anything now except being a cheerleader for various Bill de Blasio initiatives,” Mr. Lancman charged. “So in an era where the executive and council are sympatico on the budget, the council really is just going through the formalities of the budget.”

Unlike many other critics of Ms. Mark-Viverito, Mr. Lancman is not an ideological warrior against the new administration. He is close to organized labor and supports many liberal initiatives.

He didn’t reject the title of council gadfly, however, when speaking to the Observer–but insisted he would be himself no matter what committees he chaired.

“If you are the kind of person who is afraid of losing what power you have, you will always find a reason not to speak out,” Mr. Lancman said. “People who operate out of fear invite being bullied. So I am very straight forward with every body that I deal with. Nobody wonders where I stand with an issue or a political fight.” 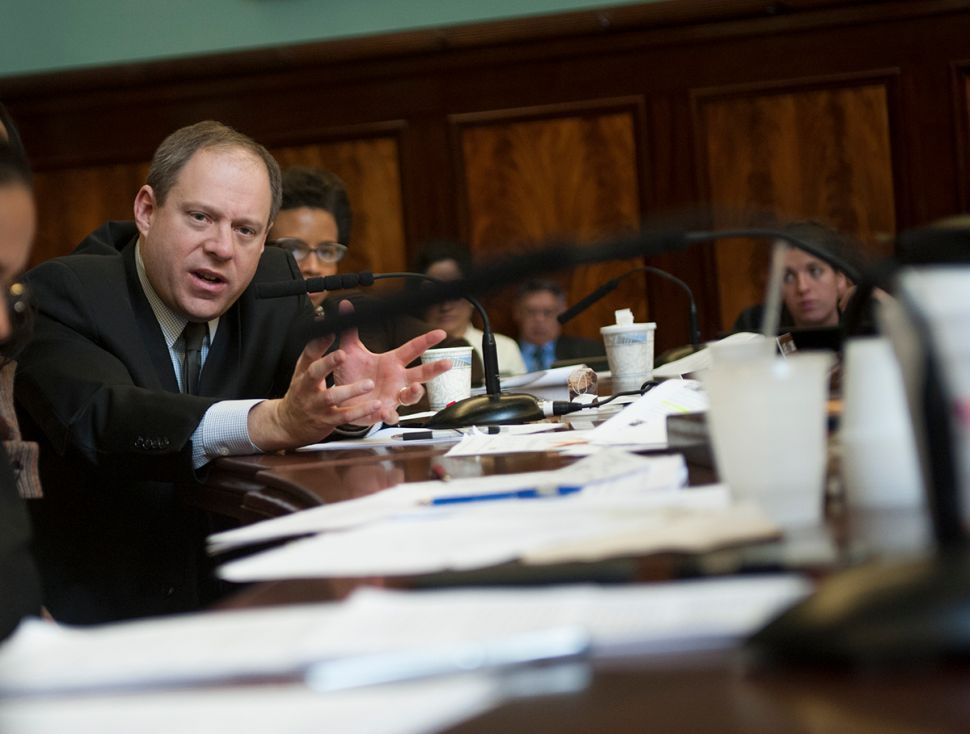