The air war is on in CD3, where former Bogota Mayor Steve Lonegan and former Randolph Mayor Tom MacArthur each wants to be the Republican nominee to succeed retiring U.S. Rep. Jon Runyan (R-3).

Last week, Lonegan (pictured) struck first with an ad savaging MacArthur as a faux Republican and calling him a liberal. The spot prompted a state lawmaker to dive into the fray in MacArthur’s defense.

Then MacArthur went up on TV with his own words for his opponent, calling him a career politician and doubling down on his self-characterization as a conservative.

MacArthur’s retaliation can be viewed here. 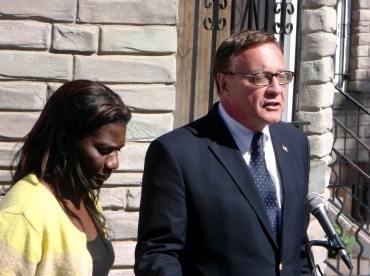