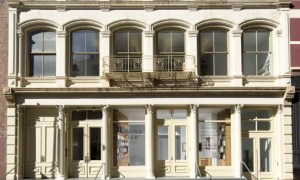 The Drawing Center has announced that Margaret Sundell will now serve as executive editor of the Drawing Papers, the museum’s long-running series of catalogues. The position involves “recruiting writers, commissioning essays, editing the Drawing Papers, and maintaining the highest standards for all published institutional texts.” The post was previously held by Jonathan T.D. Neil, currently the director of the Sotheby’s Institute of Art in Los Angeles.


“We are absolutely thrilled that Margaret is joining our team at The Drawing Center,” stated Brett Littman, executive director of the Drawing Center, in a news release. “She is someone I have admired for many years as one of the most accomplished editors and writers in the art world. Her intelligence, curiosity, and unique editorial skill set will be invaluable to our publications and institution.”

Ms. Sundell is currently an editor-at-large at Cabinet. She has previously worked as a staff critic at Artforum and as the chief critic and art editor at Time Out New York. Additionally, Ms. Sundell has taught art history and critical theory at Columbia University, the Whitney Museum of American Art and Parsons The New School for Design.