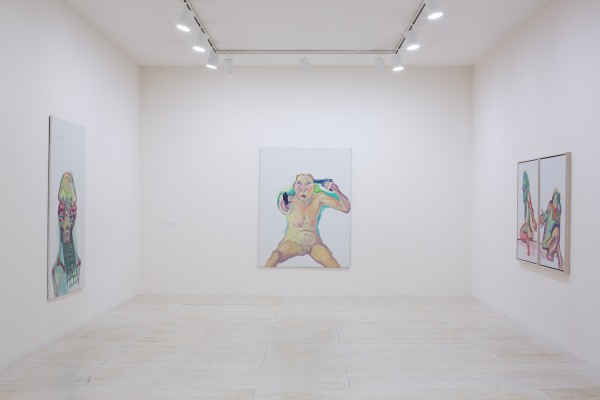 At nearly 95 years of age, Austrian-born painter Maria Lassnig is having her first museum show in the United States. Like Philip Guston, Ms. Lassnig turned to figuration in the 1960s after a period of abstraction. Like Alice Neel, she has painted herself as a naked old woman holding a paintbrush; unlike Neel, Ms. Lassnig is usually alone in her paintings and brutally self-lacerating in her art.

Curator Peter Eleey takes us chronologically through Ms. Lassnig’s career. Modestly scaled oil portraits from the 1950s show her as an early adept: One faceted head is conjured with 16 simple green or brown rectangular daubs.

A brief experiment with abstract works in the 1950s and ’60s yields larger paintings that feature skeins of red, blue and green lines on white ground. A series of watercolor studies attempt to express emotional states using pure color, but mouths and other body parts creep in. Ms. Lassnig soon embraces figuration: self-portraits of her body in restraints, mouth muzzled or face under plastic. 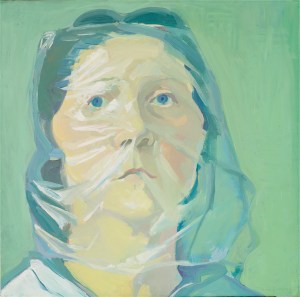 Each figure is a self-portrait. You recognize Ms. Lassnig’s high cheekbones, sculpted nose and Cupid’s bow. She often sits squarely, legs spread to the viewer. Outside of a De Kooning, women don’t usually pose this way in paintings. Yet Ms. Lassnig’s splayed pose is anything but pornographic. It’s her version of the canny eyes in a Rembrandt self-portrait: a declaration of authorship, the signature that marks her as both artist and subject.

Ms. Lassnig did her best work between 1983 and the late 1990s, a time when she became interested in science-fiction-like prosthetics. Transparent Self-Portrait is my favorite painting in the show. In it, a hairless, naked figure is crowned by a futuristic, translucent visor. While Ms. Lassnig’s palette of greens, pinks and blues can sometimes be toothpaste-y, here her play of brushwork does a sublime job investing the imaginary apparatus with a halo-like glow. In Happy Martian (1995), a fleshy body is attached to a dozen wires. The idea of a prosthetic is a self-reflexive take on painting—the brush becomes another tool that extends the user’s senses, allowing Ms. Lassnig to paint the body as it feels from the inside.

Her recent work is her most aggressive. Two Ways of Being (Double Self-Portrait) gives us twin figures—again, both self-portraits. Next to a conventional face and clothed body is a meaty, splayed vulva and asshole on a pair of breasts. Her You, or Me?(2005) shows the naked octogenarian holding one gun against her temple and another pointed directly at the viewer.

You get the sense from Ms. Lassnig’s obstinate work that being the first female painting professor in Germany or Austria, and the recipient of a half-dozen major awards in art, including the Venice Biennale’s Golden Lion, was not easy. Illusion of the Missed Marriages shows the old woman in bed holding up the translucent body of a ghostly, prostrate man. He is debonair, smoking and seductive, but only she is real. Then there is Illusion of the Missed Motherhood. For a woman who attended art school during Nazi rule and was kicked out for her “degenerate” Expressionist style, it’s no surprise that Ms. Lassnig is still as tough as they come. 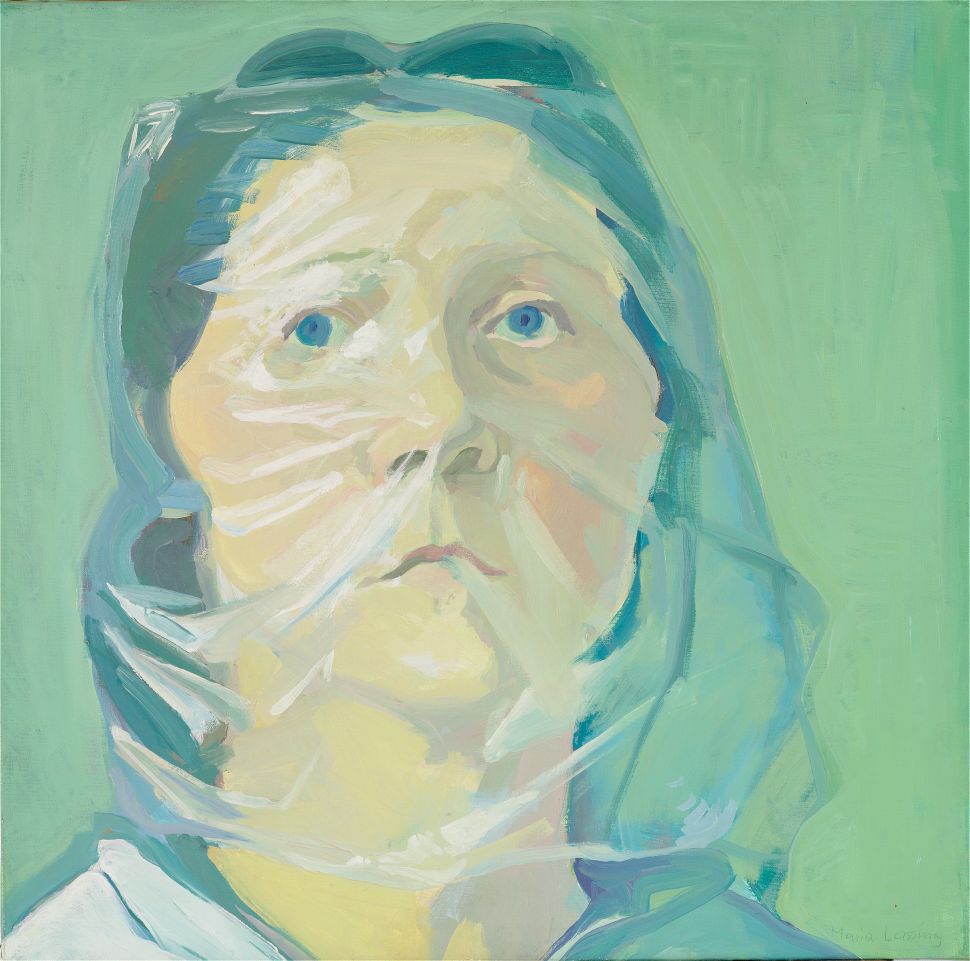