Last night’s Shorty Awards ceremony certainly wasn’t short on hyperactive Internet people jockeying for attention. All that manic energy can exhaust a gal, so we were thrilled when we spotted the comparably calm Matt Walsh, who plays beleaguered PR guy Mike on HBO’s Veep.

Relaxed and friendly, the founding Upright Citizens Brigade member stopped for a chat before presenting the awards for Vine of the Year and Vineographer.

On this week’s episode of Veep, the season premiere, your character got married and forced all of his guests to leave their cell phones in a bowl. Is this a tactic you support?

If I was in a circle of people who were that rude with their phones all the time, yeah. But I don’t travel in that circle, so I can’t say.

It’s a little annoying, but generally people are cool.

What’s it like being on such a popular show and also using social media? Do you read people’s tweets while they’re reacting to the show in real time?

I try to respond if people like the show. I try to say thanks or whatever, and I use it to get the word out when the seasons are breaking. I read reviews, too. If somebody posts a review from a legit source, I will read it. But I never go to like, blogs.

Are there any TV shows you’re a die-hard fan of?

I’m getting into Chicagoland, the documentary series on CNN about the public school crisis and the violence and how it affects the city, and Rahm Emanuel’s at the center of it, so I’ve been watching that. It’s good.

I’ve been on that and Game of Thrones, but I didn’t see this season’s premiere yet. I was really into True Detective. I’m off Downton Abbey. I’m done with that one. Done. Over it. Too much melodrama. It was good, it might still be good, but I’m done.

How about Mad Men?

I love Mad Men. That’s one of my favorite shows by far.

Now for the question on everyone’s mind: do you get a free HBO GO membership since you’re on the network?

I do get a free membership. But I lost my password, so I gotta find it again.

The cool thing about HBO GO is you can just steal someone else’s.

That’s what I hear, everyone’s sort of using someone else’s password.

Is there any social media platform you want to get into that you haven’t used yet? 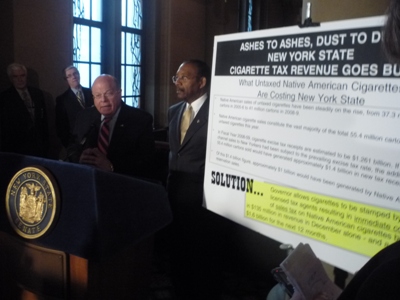