Mayor Bill de Blasio has repeatedly vowed to prioritize Hurricane Sandy rebuilding efforts but hasn’t satisfied many advocates pushing for a more specific action plan. That’s going to change next week, according to the mayor’s office.

Next Thursday, Mr. de Blasio “will outline the recommendations of a report finalized today on the overhaul of the city’s response to Hurricane Sandy,” according to a de Blasio press release issued earlier this evening. The report “will detail reforms to speed recovery and expedite relief for homeowners.”

“Based on the report, the Mayor will announce major changes that will provide financial relief to homeowners—including an expedited pre-construction program and expanded reimbursement eligibility—as well as engage local communities directly in rebuilding through partnerships with community groups and creating local jobs,” the release continued.

Advocates have been pushing the mayor to offer more concrete plans on Sandy relief after the 2012 storm caused extensive damage to low-lying areas.

“We’re going to build back every home that was totally destroyed,” Mr. de Blasio repeated today. “We’ve made that very, very clear,” 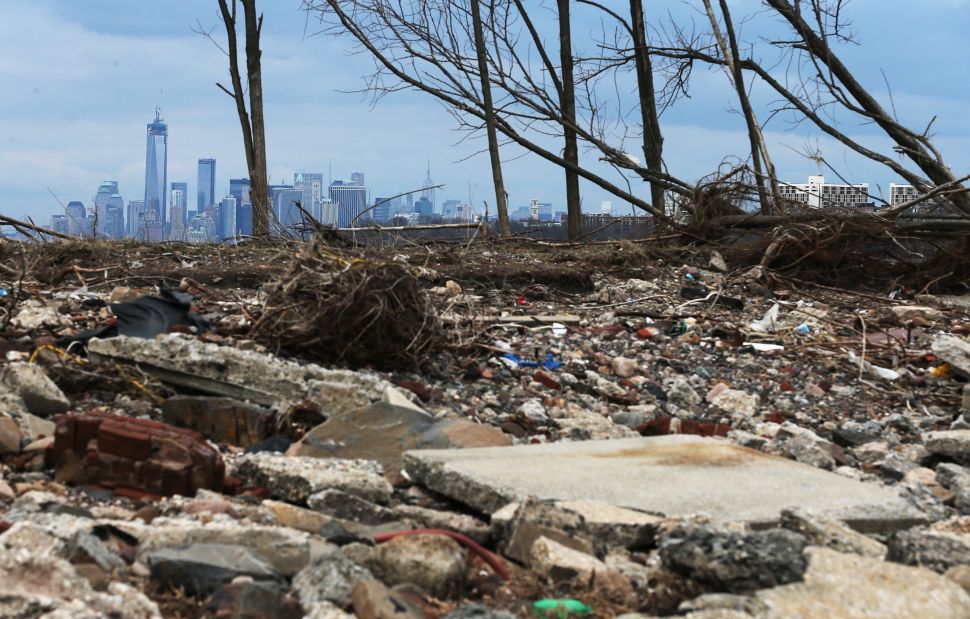