U.S. Sen. Bob Menendez (D-NJ) and U.S. Sen. Mark Kirk (R-IL) wrote President Barack Obama on Monday asking him to warn Iran that suspended sanctions could be reimposed if the country tries to violate the November 2013 plan that established a short-term freeze of parts of Iran’s nuclear program.

“As the authors of the U.S. sanctions imposed on the Central Bank of Iran, we urge you to publicly affirm the consequences of any attempt by Iran to violate the Menendez-Kirk amendment and the Joint Plan of Action (JPA) during negotiations,” reads the letter. Menendez, 60, is the chairman of the Senate Foreign Relations Committee.

“Under the JPA, your administration suspended further implementation of the Menendez-Kirk amendment’s requirement for countries to significantly reduce their imports of Iranian crude oil on the condition that Iran’s average daily crude oil exports remained constant over a six-month period,” the letter continues.

“Recent reports, however, suggest that Iranian oil sales have remained above one million barrels per day for five straight months. Even more alarming, Reuters reported last week that Iran and Russia are making progress toward a $20 billion barter arrangement that would breach the JPA and significantly undermine U.S. sanctions by increasing Iran’s daily exports of crude oil by as much as fifty-percent. We are further alarmed by reports that the barter agreement may provide for the transfer to Iran of items of significant value to Iran’s military and its nuclear program.

“If Iran moves forward with this effort to evade U.S. sanctions and violate the terms of oil sanctions relief provided for in the JPA, the United States should respond by re-instating the crude oil sanctions, rigorously enforcing significant reductions in global purchases of Iranian crude oil, and sanctioning any violations to the fullest extent of the law.

“We urge you to put Iran on notice that United States is prepared to re-instate these sanctions should Iran attempt to evade our sanctions and violate the terms of the JPA,” the letter concludes. 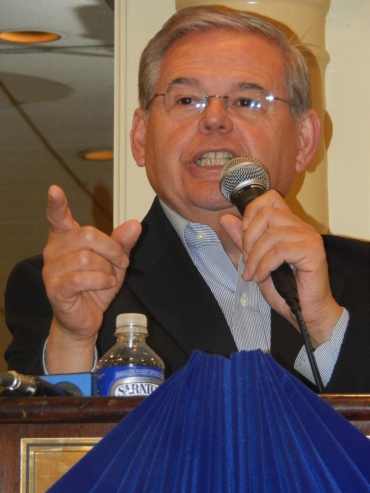