We get it, Millionaire Matchmaker. Contrary to Patti Stanger’s little spiel at the beginning of every episode, sometimes she doesn’t make the perfect match. And that’s okay! It happens to the best of us. All we ask, as devoted fans who derive our nightly entertainment from reality TV, is that if a match fails, it should fail catastrophically. There should be chairs thrown. Cheeks slapped. Drinks thrown in people’s faces.

Sadly, last night’s Millionaire Matchmaker episode delivered none of the aforementioned delights. Both matches failed… and everyone seemed kind of okay with it. What a bore!

As usual, the episode started with some cute, definitely-scripted banter between Ms. Stanger and her perfectly-manicured minions. Does anyone else miss Destin and Rachel? They were so refreshingly quirky! Anyway, we learn that Ms. Stanger has been featured on the cover of Millenium, a magazine for millionaires. Unsurprisingly, this is not a magazine that we have heard of. Next, the team talks about titles for each of the minions’ dating blogs. It’s basically just a big fat advertisement. On to the daters, please!

First up is 38-year-old Rachel Uchitel, who used to be really big in the NYC night club industry, and has opened up eleven different businesses in the city. She used to be engaged, but her fiancé died tragically on 9/11; since then, she’s become what Ms. Stanger calls a “shredder” — an alpha female that always picks the wrong guys, and then throws them away “like yesterday’s paper.”

Because of Ms. Uchitel’s domineering, type-A personality, Ms. Stanger decides that instead of a normal mixer, she’ll do something called a “two-way marriage mirror,” wherein Ms. Uchitel can secretly watch while Ms. Stanger screens the men, and give Ms. Stanger specific questions to ask. This sounds less fun than a normal mixer because there’s no alcohol, but it’ll apparently help Ms. Uchitel pick a more appropriate guy.

Our second millionaire is someone we’ve seen on the show before: 48-year-old Steve Lobel, a music and entertainment manager who’s never been married. He’s a bald, Jewish white guy who wears coordinated sweatsuits and is really into hip-hop. Ms. Stanger aptly refers to him as a “Q-tip from Queens” and a “tough teddybear.” Things didn’t work out with the girl Mr. Lobel chose the last time he was on the show — we think she was like 20 years younger than he was, and not remotely ready for marriage and kids — and now he’s back for a second try.

Ms. Stanger decides that Mr. Lobel should do the two-way marriage mirror, too, because he’s really picky. Then she goes off to meet her millionaires in person.

First, Ms. Stanger meets up with Mr. Lobel at his recording studio. Before they get down to business, Mr. Lobel’s rapper friend, Krayzie Bone, invites Ms. Stanger to rap with him. The show cuts to a confessional, where Ms. Stanger exclaims, “Wait, seriously? The only thing I’ve ever wrapped are gift bags and my hair!” Who even writes this stuff? And what does it mean to “wrap” your hair? Is it this? Anyway, Ms. Stanger goes into the recording room and performs a rap, and it’s really bad.

Next, she talks with Mr. Lobel and his dad, who’s also there. Here, we learn that Mr. Lobel has a miniature pinscher named Dior that he treats like a daughter, and that his celebrity crush is Padma Lakshmi. Ms. Stanger asks Mr. Lobel’s elderly father what kind of woman he’d like as a daughter-in-law. “A homie type of person,” he answers.

Ms. Stanger then goes to meet Ms. Uchitel, who’s also an old friend. Ms. Stanger asks who Ms. Uchitel’s celebrity crush is, and she says it’s Jason Bateman. Personally, we’ve been a little creeped out by Jason Bateman since we saw the trailer for Bad Words, but ~to each is own~.

Ms. Uchitel also talks about her former fiancé’s death on 9/11. She explains how he was in one of the towers, and how she was on the phone with him when the plane hit his building — then his phone went dead. It’s incredibly sad, and we genuinely hope that Ms. Uchitel finds someone special, and not via a Bravo reality show.

Now it’s time for the two-way marriage mirrors. Mr. Lobel goes first. After secretly observing the screening, he narrows the pool down to two women: Masika, who has a tool company that shapes tools to fit women’s hands (um, COOL!!); and Allie, who does marketing for Forever 21, and says her favorite type of food is “healthy.”

It’s a tough decision for Mr. Lobel. “I’m not perfect, but I am picky,” he says to Ms. Stanger. “But you can’t be picky because you’re not perfect,” she retorts. Ms. Stanger thinks he should go with mature, established Masika. So do we. But in the end Mr. Lobel picks self-proclaimed health nut Allie, who looks young enough to be his daughter. Maybe they will do yoga together and then sample various types of celery.

Next, it’s Ms. Uchitel’s turn. There are a lot of duds in her crop of potential dates, including Paul, a grown man who’s only said “I love you” to a woman once — and after a full two years of dating, and Andre, an MMA fighter who’s quite possibly the largest man we’ve ever seen in our lives. In the end, Ms. Uchitel has to choose between Mac, a personal trainer, and Brandon, a former marine sergeant.

Despite being unsettled by Brandon’s non-stop smiling (“She’s such a fucking New Yorker,” Ms. Stanger complains), Ms. Uchitel picks him for her master date.

It’s time for the dates. Because nothing says “I love you” like potentially deadly weapons, Mr. Lobel takes Allie to a gun range to shoot handguns. He pulls this move where he stands behind her and uses his arms to help her aim the gun, but she looks really uncomfortable, like she wants to wrench herself free of his creepy, Q-tippy dad grip.

Let’s check in on Ms. Uchitel and Brandon. Brandon takes Allie to a baseball academy, where they spend some time in the batting cage. Brandon is really dorky and seems cripplingly nervous, and at one point tells Ms. Uchitel, “You look so cute in that bat.” Aww. Also, he really does smile a lot — like too much. It’s weird. Stop smiling.

Back to Mr. Lobel. He’s planned a picnic on a Venetian-style gondola, but it’s cold and cloudy out. Allie is shivering, but she thinks it’s really cute that Mr. Lobel did all this romantic stuff, so she hops in the gondola with him. Mr. Lobel offers her a taste of a pumpkin muffin, and she takes a really tiny bite, because #calories. Mr. Lobel asks Allie if she wants to get married and have kids, and she says she does someday, but not yet. Womp womp.

As the boat passes under a bridge, the gondola driver (conductor? captain? grand master?) informs the couple that it’s tradition to kiss. Mr. Lobel seems into it, but Allie gives him a peck on the cheek. He may as well be her uncle. It’s awkward.

Ms. Uchitel and Brandon’s date seems to be going better. They go to a nice-looking restaurant for dinner, and Ms. Uchitel makes a conscious effort not to “shred” Brandon. Their conversation seems natural, except for Brandon’s goddamn smiling. As they exit the restaurant, Brandon is rambling nervously about something Ms. Stanger had told him, when Ms. Uchitel cuts him off with a kiss. Ms. Stanger would probably get mad at Ms. Uchitel for “being the man in the relationship,” but we think it’s super cute. Get it, gurlllllll.

After the dates, Ms. Stanger checks in with the millionaires and their dates. She learns that Mr. Lobel hasn’t been in touch with Allie since their date — though he was physically attracted to her, he was disappointed that she wasn’t ready to settle down. “He’s still looking at the shiny object, the hot girl in the corner,” Ms. Stanger concludes.

Things seem more positive for Ms. Uchitel. She tells Ms. Stanger that she enjoyed her date, and that she liked kissing Brandon. We figure this match would be successful, but during the little epilogue, we learn that Ms. Uchitel and Brandon haven’t actually seen each other since their date. Laaaame.

This episode felt really lackluster. It accomplished nothing, except confirming for us that Ms. Stanger should never pursue a rap career. Couldn’t the directors have told Allie to push Mr. Lobel off the gondola, or told Brandon to resist Ms. Uchitel’s kiss because it would prevent him from smiling more? Goodness knows the show’s already totally scripted — a little added drama couldn’t hurt that much. 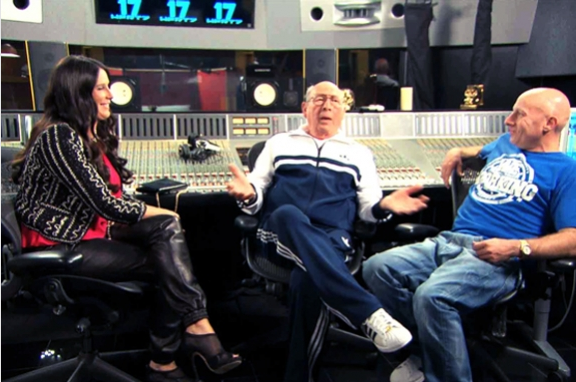