It’s the oldest, lamest and possibly truest cliché about innovation: Big ideas take nerve. Figuring out how the universe works, or just how to make a pocket-size computer that someday everybody in the universe will own, takes not just brains but a certain amount of fearlessness.

Chris Hughes, the 30-year-old co-founder of Facebook and online guru of the 2008 Obama presidential campaign, has made a career of bringing big ideas to life, and his latest venture, a three-year-old nonprofit called GiveDirectly, looks like yet another.

Sitting in a windowless conference room at the Madison Square headquarters of The New Republic, which he both publishes and edits, Mr. Hughes—famously even more youthful-looking than he is—explained the concept behind GiveDirectly.

“GiveDirectly does the most basic and yet most radical thing in the world,” he said, “which is give poor people money. No strings attached.” He went on to describe how the organization uses mobile phone technology to provide recipients in countries like Kenya with a pair of $500 cash transfers. Outlining the entire process took perhaps 30 seconds, highlighting one of the signal traits of GiveDirectly: how simple and easy-to-grasp the concept behind it is. At a time when surveys show philanthropic donors increasingly impatient for transparency and accountability as to how their money is spent, that makes the upstart charity a threat to more established nonprofits, if not the entire international aid model.

Which clearly appeals to Mr. Hughes. If GiveDirectly catches on, he says, “it has the potential to be to be very disruptive to a very big industry.”

That’s in part because GiveDirectly violates one of the cardinal laws of philanthropy: Never throw money at a problem. Attach strings. Use the gift to change individual behavior or reform a broken society. Build things, fix things, cure things, save things—just don’t drop money out of the sky. Or as a popular maxim in the international development world puts it, “Don’t just give a man a fish—teach him how to fish.” Mr. Hughes says, “This is still the right principle—unless the man doesn’t even have a fishing rod.” Which is the situation, as he sees it, in places like rural Kenya, where, according to Unicef ,more than half the population still subsists on less than a dollar per day.

“What we’re talking about is extreme poverty where people literally don’t have enough food or the basic things to survive,” he says. “What they need is a leg up. A cash infusion can enable them to buy a roof for their hut,” and instead of having to worry about staying dry, recipients can go out and“get a job or send their kid to become a mechanic.”

Roofs—thatch versus tin—appear to be something Mr. Hughes is passionate about. He speaks animatedly about the advantages of metal (“You don’t have to repair it as frequently, and it’s better for health concerns, because you can get water off of it”), giving the impression of a project leader focused on tangible results.

In fact, one of the explicit goals of GiveDirectly is to measure exactly how much impact the group is having, a rarity in the nonprofit world, according to Mr. Hughes. He said that over the course of working with a previous philanthropic start-up—a social network called Jumo, which attempted to connect charities and NGOs—he grew broadly skeptical of the international development field, calling it light on data and self-analysis.

“Introducing really rigorous metrics and evaluation into international development is something in theory everyone is in support of,” he argues, “but it’s actually pretty rare.”

In 2010, he came across GiveDirectly, then a fledgling nonprofit being run by its cofounders, Michael Faye and Paul Niehaus, a pair of economics graduate students at Harvard. (Both have since graduated. Mr. Faye is now a management consultant, and Mr. Niehaus teaches at the University of California, San Diego.) According to Mr. Hughes, the two men not only had an idea he could embrace—that of “cash interventions”—but were committed to rigorous statistical analysis. He joined the nonprofit’s board and now serves as its director. Again, there’s something threatening about this, something destabilizing. Data, metrics, quantification—it sounds innocuous, and Mr. Hughes, who comes from western North Carolina and was raised an evangelical Lutheran, can momentarily seem like one of the bright-eyed missionaries in The Book of Mormon rather than a savvy veteran of Silicon Valley and the Beltway. But just because GiveDirectly is not a presidential campaign or a company seeking to become your omnipresent digital companion, don’t think its ambitions aren’t enormous.

As Mr. Hughes himself puts it, characteristically making the case with numbers and graphs, “Cash transfers [in the developing world] is a huge market—governments are moving huge amounts of money, but they’re not doing it very efficiently.” He referred to a 2012 World Economic Reform report arguing that a third or more of government payments to individuals, whether salary payments to Afghan police officers or health care subsidies in Bolivia, are lost to corrupt bureaucrats, ghost beneficiaries and erroneous data.

Using relatively simply digital technology of widening availability—the kind GiveDirectly uses to makes its cash interventions—Mr. Hughes wants to encourage the international aid world to eliminate its own “leakage,” something the people who tend to benefit from it, whether crooked officials or self-dealing “consultants,” aren’t going to be happy about, if the GiveDirectly experiment succeeds. Nor will the nonprofits that stand to be exposed as wasting donors’ money—a large group by almost any reckoning, consisting some of some very big names.

And what about GiveDirectly’s share of the transfer? “We have field staff that do a census hut to hut looking for key identifiable factors of extreme poverty, such as whether a family owns livestock or their health situation,” Mr. Hughes says. “We make sure that if you say you live in that hut you really do, we take your GPS coordinates, we take your photo, and if you don’t have a phone, we give you one. There is some accountability and labor.” But, he adds, “There really aren’t any middlemen.” And in the grand scheme of things, the expenses lost in texting money (GiveDirectly claims at least nine tenths of every dollar are transmitted to intended recipients) are negligible compared to those of large capital projects or implementing programs.

Of course, it’s terrific to eliminate inefficiency, but if the impact isn’t there, what difference does it make?

Since its founding in 2011, GiveDirectly has raised more than $22 million, and Mr. Hughes says it is already seeing the kind of measurable progress it expects. Last fall, the results of an independent evaluation by Innovations for Poverty Action, using random control trials, showed major improvement in a number of key areas—“things like the incidence of domestic violence going down by 40-45 percent” in families that received cash transfers, incomes rising by 40 percent and hunger among children decreasing.

“It just goes by the numbers, and they’re impossible to argue with,” says Mr. Hughes, who says he nevertheless remains focused on asking questions like: Is this really working? And: How do we quantify our impact?

Once those questions have been answered, he says, the challenge will become: “How can we get more money into the nonprofit? [As well as] how do we create a larger movement around the belief that cash is one of the most powerful interventions out there?” 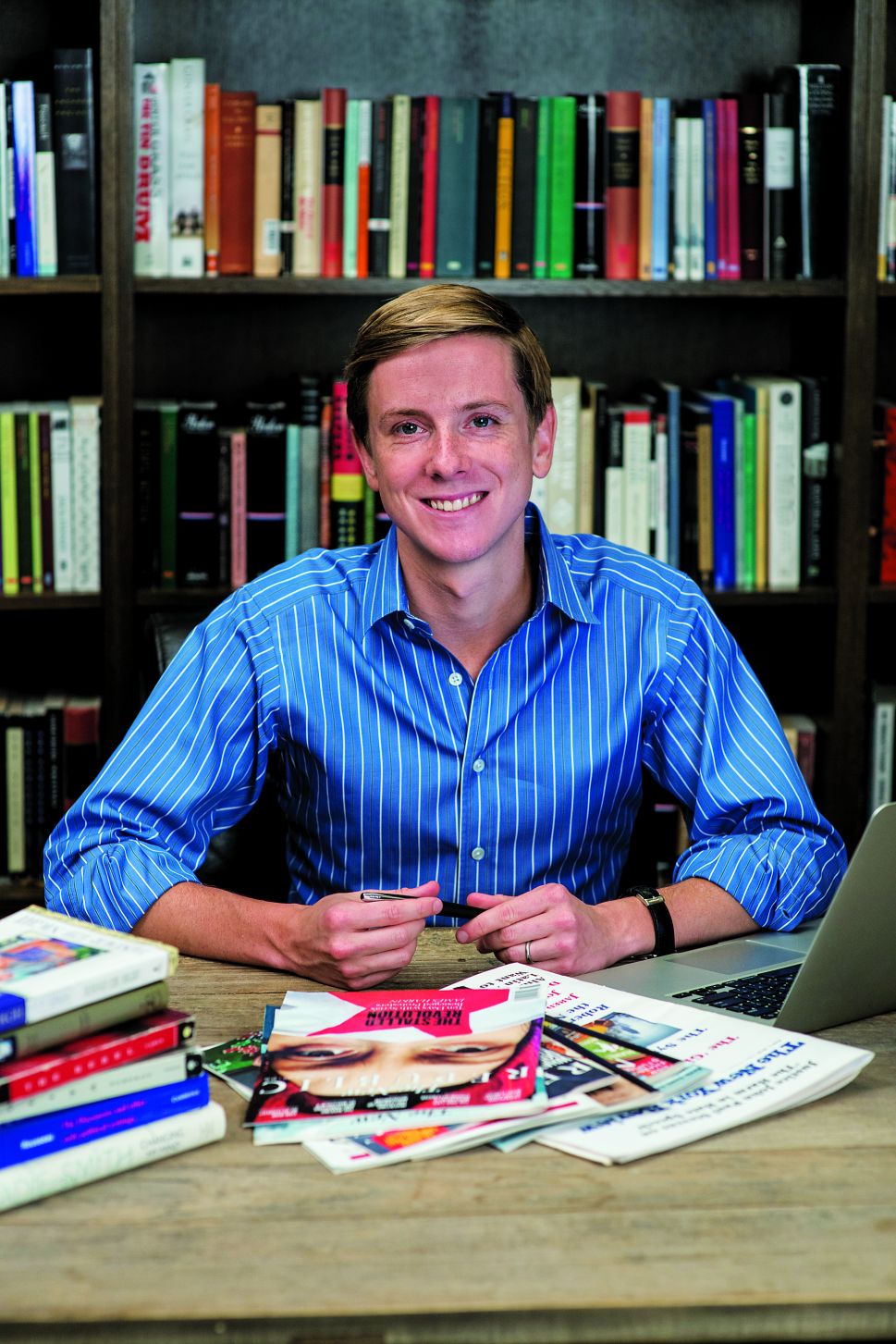