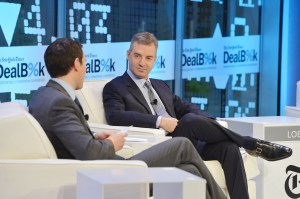 Here are a few more details on the Helly Nahmad’s proposal to avoid prison time. [NYT]

“Sotheby’s and its largest investor, Daniel Loeb, will open their arguments in court on Tuesday on whether the auction house should be allowed to restrict the billionaire’s ownership stake, in a case that could reshape the world of shareholder activism.” [Reuters]

Portugal has blocked the export of 85 Miró paintings destined for the block at Christie’s London. [Divirtase via Artnet News]

Here’s an interview with James Cuno, president and CEO of the J. Paul Getty Trust. [WSJ]

“The Metropolitan Museum is turning a theater company loose in its collections. As the museum’s first theatrical group in residence, the Civilians, a self-described center for investigative theater, will collaborate next season with Met curators and visitors to create works of theater inspired by objects in the museum’s American and Egyptian art collections.” Sounds annoying! [WSJ]

Sarah Lucas has a major work coming to auction. [The Daily Telegraph]

Here’s an interview with Alice Workman, director of Hauser & Wirth Somerset. [The Guardian]

“Arts Council England is threatening to withdraw accreditation from Northampton Museum, following the town council’s decision to sell an Egyptian statue. Christie’s, which estimates it to be worth £4m-£6m, claims it is ‘the most important Egyptian sculpture ever to come to market'” [The Art Newspaper]