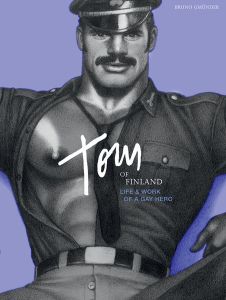 “Activist investor Daniel Loeb, who is fighting to win control of three board seats at Sotheby’s, on Monday raised the temperature by saying the current board has failed and that its attacks on him are ‘false’ and ‘misleading.'” [Reuters]

Finland to release Tom of Finland stamps. [The Independent]

Elena Filipovic has been named the new director of the Kunsthalle Basel. [Vasellandschaftliche Zeitung]

Possible Banksy about Snowden-y things pops up in England. [NYT]

“As part of a ‘grand bargain’ proposed as part of Detroit’s bankruptcy plan of adjustment, [Emergency Manager Kevyn] Orr is proposing to accept $816 million over 20 years in state funding, foundation contributions and Detroit Institute of Arts fund-raising to reduce pension cuts and allow the DIA to spin off from city ownership.” [Detroit Free Press]