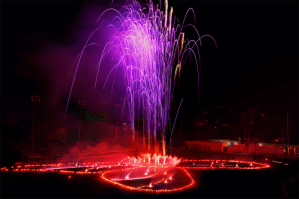 The online art market made an estimated $1.6 billion in sales last year. [The Art Newspaper]

In case you missed it, a look at Hollywood’s (legal) art forging industry, or, “what led Julian Schnabel to wreck a fake Picasso, Scarlett Johansson to learn paint grinding, and George Clooney to fill a room full of fake, styrofoam frames.” [Vanity Fair]

During a renovation, Florence’s Duomo museum will send a Donatello show to the Museum of Biblical Art. [NYT]

In boom times, what’s a lower-end collector to do? On the art market’s “great divide.” [NYT]

The Roman Colosseum is getting a $35 million full cleaning–the first in its history. [WSJ]

Robert De Niro’s documentary about his father, the abstract expressionist painter, will premiere May 5. [Page Six]

The Louvre is working to fix the bottleneck at its I.M. Pei-designed pyramid entrance. [The Art Newspaper]

Saskia Olde Wolbers has transformed a London house in which Vincent van Gogh lived into an art installation about the master. [The Guardian]

Here’s a snapshot of the Judy Chicago fireworks show that took place on Saturday in Prospect Park. [NYT]