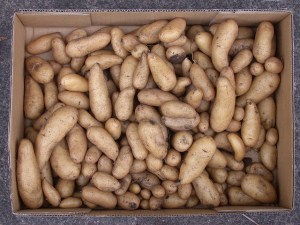 Many potatoes. (Photo by graibeard/Flickr)

Six artists on the closing of Pearl Paint. [New York]

Auction previews have arrived. “Major works by Francis Bacon, Andy Warhol and Mark Rothko are set to fuel Christie’s auction of postwar and contemporary art in New York next month with a target of $500 million.” [Bloomberg]