The Daily News has an exclusive scoop about The Daily News. The Daily News is starting a campaign against the horse carriage ban. Some news outlets would call that a “press release,” but not the News. We almost admire that level chutzpah. But the tabloid did interview some pro-carriage-ban activists, to get some objectivity in a story urging readers to sign the News‘s petition. (The Daily News)

The Hollywood Reporter made a list of the 35 most influential people in New York media. No real surprises here, unless, that is, one is still surprised by the success of the Internet and the fact that people who run huge blog networks are considered powerful. But we do love a power list, so have at it. (The Hollywood Reporter)

New York Times executive editor Jill Abramson has four tattoos, including an ‘H’ to honor both The Harvard and her husband Henry and a ‘T’ to honor the Times. The jokes write themselves. (New York)

Newspaper reporter jumped to the second worst job in America, right after lumberjack. Last year, newspaper reporter was rated the worst, so clearly the industry is doing something right. (CareerCast.com) 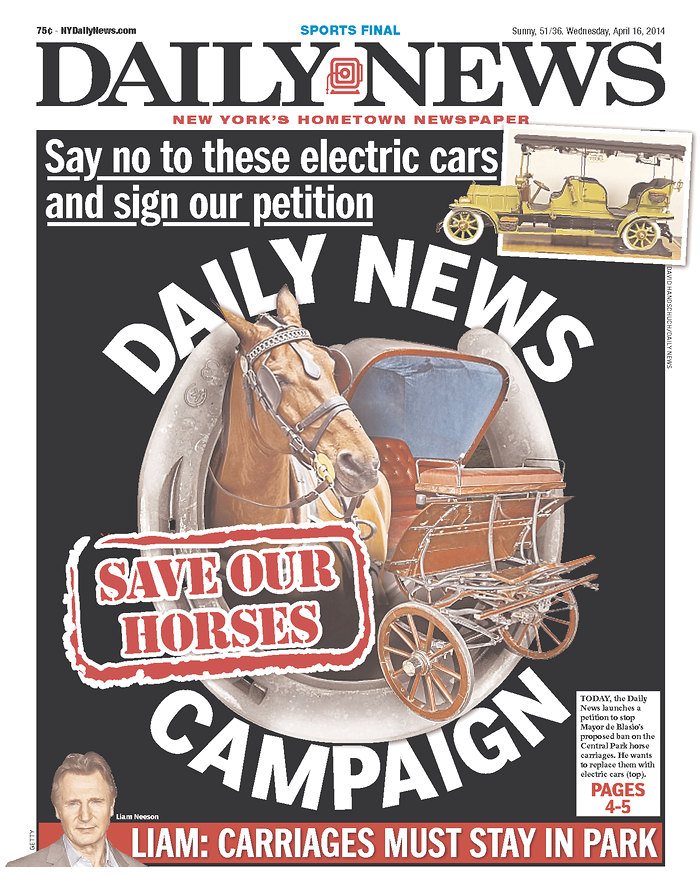