The Daily News reports that NYCLASS founder Steve Nislick muttered a violent comment while speaking to a handler: “The founder of NYCLASS clearly has NO class. The car-crazy millionaire who wants to ban city carriage horses and replace them with antique vehicles had to be reined in Thursday after threatening to slug a female Daily News photographer in the face.”

“There they were, giddy as kids, Councilmen Danny Dromm and Ydanis Rodriguez at the wheel of a shiny new Brass Era electric roadster — eager to make roadkill of the jobs of 300 New Yorkers,” the Daily News editorialized on the same event. “The vehicle, displayed at the New York Auto Show, was the product of five years of obsessive work by NYCLASS, the animal rights extremists”

The Wall Street Journal reports that “interviews with more than two dozen members, or their staff, suggested the mayor wouldn’t have the votes for an all-out ban” on the carriages. “I’ve supported and introduced serious animal rights bills. I don’t think this is a legitimate animal rights bill,” said Councilwoman Elizabeth Crowley.

The student publication Washington Square News covered Bill de Blasio speaking yesterday at New York University, his alma mater. “I think the higher education complex in this city is going to play an even bigger role in this city than it ever has,” argued the mayor, who at one point appears to have been shown his infamous college yearbook photo.

African-American religious leaders yesterday protested the lack of African-Americans in the upper levels of the de Blasio administration, but, as the Daily News noted, “The study appeared to have its flaws in methodology.” Among the flaws: citing Bloomberg holdovers as de Blasio appointees and questionable claims about others.

According to the New York Post, rally leader Rev. Dennis Dillon admitted “that his group’s estimate that New York City was 34 percent African-American was based on its own polling, not on official Census data. Dillon also said that the group didn’t ask members of the administration about their race and made assumptions based on photographs.”

And State Senator Rubén Díaz, Sr. issued another one of his fiery press releases yesterday:

You should also know that two years ago, five Democratic Senators: Senators Jeff Klein, Diane Savino, David Valesky, David Carlucci, and Malcolm Smith broke away from the Senate Democratic Conference and formed what they call the Independent Democratic Conference (IDC) joining together with the Senate Republicans. In this arrangement to control the State Senate, both leaders – Senator Dean Skelos – the Republican leader, and Senator Jeff Klein – the IDC leader, would share the power of the Senate.

It is a body with three heads. It is the “Senate Troika” but only two of them benefit and share power, forcing the other one to go around trying to he (or she) is part of the equation – even though everyone knows he (or she) is not.

In order to get back into a game that they lost a long time ago, the Senate Democratic Conference, led by Senator Mike Gianaris – – sorry, I meant Senator Andrea Stewart-Cousins (sometimes it’s confusing to know who the real leader is) someone leaked to the press a so-called meeting between Senator Jeff Klein and Senator Mike Gianaris to negotiate with Senator Klein for him and the other four IDC Senators to return back to the regular Senate Democratic fold.

Apparently, someone forgot to notify and invite Senator Klein, because according to him: “They never coordinated a meeting between me and Senator Gianaris.”

You should also know that there are some questions I have to ask regarding such a meeting:

Question #1: Who forgot to read the Senate Rules in regard to power-sharing between both Conferences and the IDC? According to Senate Rules, it would take 38 votes to break the shared power arrangements between the Republicans and the IDC. So as you can see, it is impossible to get to this point with only 31 Democratic votes in place at this moment. We will have to wait until after the 2014 General Election when a new Senate is elected and then we can see if the new Senate would like to change that rule.

I believe the opposite result will happen and Senators from the regular Democratic Conference will run to the IDC.

Question #3: Why would Senator Klein meet with Senator Gianaris to discuss the possibility of power-sharing with the Senate? Common sense says a meeting of that caliber would have to be with Senator Andrea Stewart Cousins who as far as I know, is the Leader of the Democratic Conference – but I could be wrong.

So ladies and gentlemen, what is going on here? Who is talking to the press? It seems that there are forces trying to inflict confusion by spreading ill-advised rumors, making believe that Senator Klein is the one not who wants to get together, and that Senator Klein is the one who is rejecting all opportunities for peace offerings so the Senate Democrats can regain power and control the Senate.

If this is the case, I must say that this is the wrong approach. It is wrong, it is evil, it won’t work.

I am State Senator Rev. Rubén Díaz, and this is what you should know.” 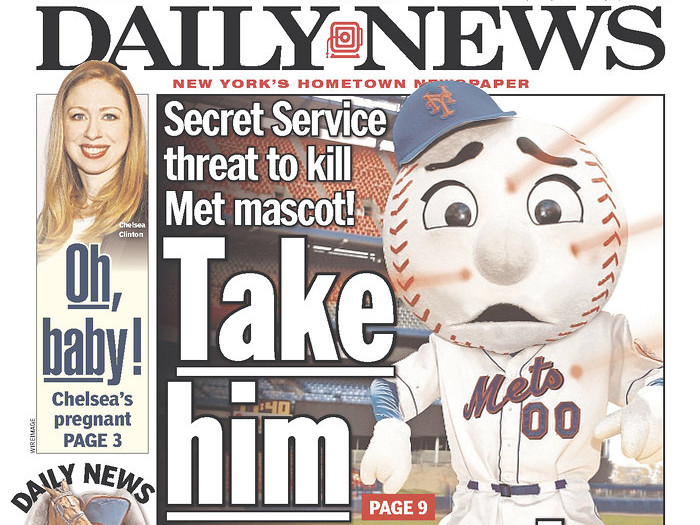