Headline of the Day: “The Cart Before the Horses.”

Though Bill de Blasio won office by promising sweeping change from the Bloomberg administration, The New York Times found the vast majority of former Mayor Michael Bloomberg‘s deputy and assistant commissioners still on the job. “Of the roughly 1,300 people in those ranks who have been identified as having ‘substantial policy discretion,’ only about 200, or less than one-sixth, are new to their positions,” the Times writes.

“Mayor de Blasio has talked a big game, but four months in, the persistent question remains: Is he up to running a big city?” the Daily News asked in an editorial on Hurricane Sandy rebuilding. “Now, de Blasio has the chance to prove command and competence by straightening out the shamefully failed program to help New Yorkers recover from damage suffered during Hurricane Sandy.”

According to The Wall Street Journal, Mr. de Blasio’s Sandy task may become even more difficult: “Federal officials are considering spending more than $1 billion of the remaining $3.6 billion of rebuilding aid on disasters other than superstorm Sandy, money that New York and New Jersey are banking on to finish repairs to thousands of homes and complete major infrastructure projects.”

E. J. Dionne, a columnist for The Washington Post, recently sat down with Mr. de Blasio, who insisted he was still interested in the minutiae of city governance even as he trumpets his big-picture progressive idealism. “I’m very proud of the potholes we’ve filled at an unprecedented level,” Mr. de Blasio said. “Remember … I was a city councilman before I ever got here.”

Two top de Blasio officials have different views on air rights, Crain’s New York Business reports. HPD Commissioner Vicki Been has argued that “landmarked buildings should be allowed to sell their air rights not only to adjacent buildings, but also to nearby properties.” While the City Planning Commission’s Carl Weisbrod has backed “the transfer of air rights clear across town.”

The Daily News editorial board also weighed in again on the horse-drawn carriage question, arguing that Mr. de Blasio’s proposed ban is unconstitutional and will “crash into the reality that a legislative vote and mayoral signature are not vehicles for imposing their moral beliefs, no matter how they infringe on constitutional and legal rights.” 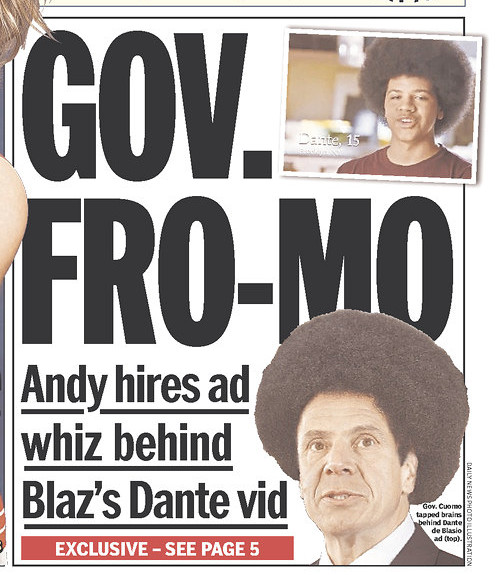