We’ve heard a lot lately about disruptions in the cable business: Netflix, Amazon, Hulu, Aereo…the list goes on. And yet, for all the attendant grumbling issuing from TV executives, things seem to be going pretty, pretty well for them. That is, of course, if their activity in the Manhattan real estate market is any indication. Earlier this month, one Nathan Levine, a professional cable bill collector, nabbed a $15 million place at the Time Warner Center. (Which gives you an idea of just how substantial those bills remain.) And now, Comcast CFO Michael Angelakis and his wife Christine have invested in some enviable views of their own, picking up a two-bedroom at 150 Central Park South for $10.5 million, according to city records. A 1,962 square-foot co-op, the apartment appears to have entered and left the market under somewhat “hush hush” circumstances. In 2012, sellers Peter and Barbara Georgescu picked it up for $8 million though a listing with Trump International. But this time around any listing—if ever listing there was—has vanished without a trace. Mr. Georgescu is the chairman emeritus of ad giant Young & Rubicam, so perhaps he was able to apply his merchandise-moving savvy ever-so-quietly to his very own home? Trump, at any rate, could have used some help wording their listing.

A “removable glass wall and ceiling”? That sounds downright frightening. We’re sure the scene is lovely in person, though. The feature affords, we understand, opportunities to both watch fireworks and listen to Central Park performances of the philharmonic from the corner unit’s private terrace. We hear, too, that the “eat-in chef’s kitchen includes a wine room,” which sounds like a very efficient use of space indeed. Three rooms in one! (Don’t confuse that with a discount, please.) No need for Mr. and Ms. Angelakis to move on up to the West Side from the affluent Main Line town of Gladwyne, PA, where they own a $8 million suburban mansion; they bought another unit in the building back in 2010. W

We really do have to do something about those pesky cable disruptors. It simply isn’t fair to ask that men like Mr. Angelakis continue to operate on so paltry a budget. 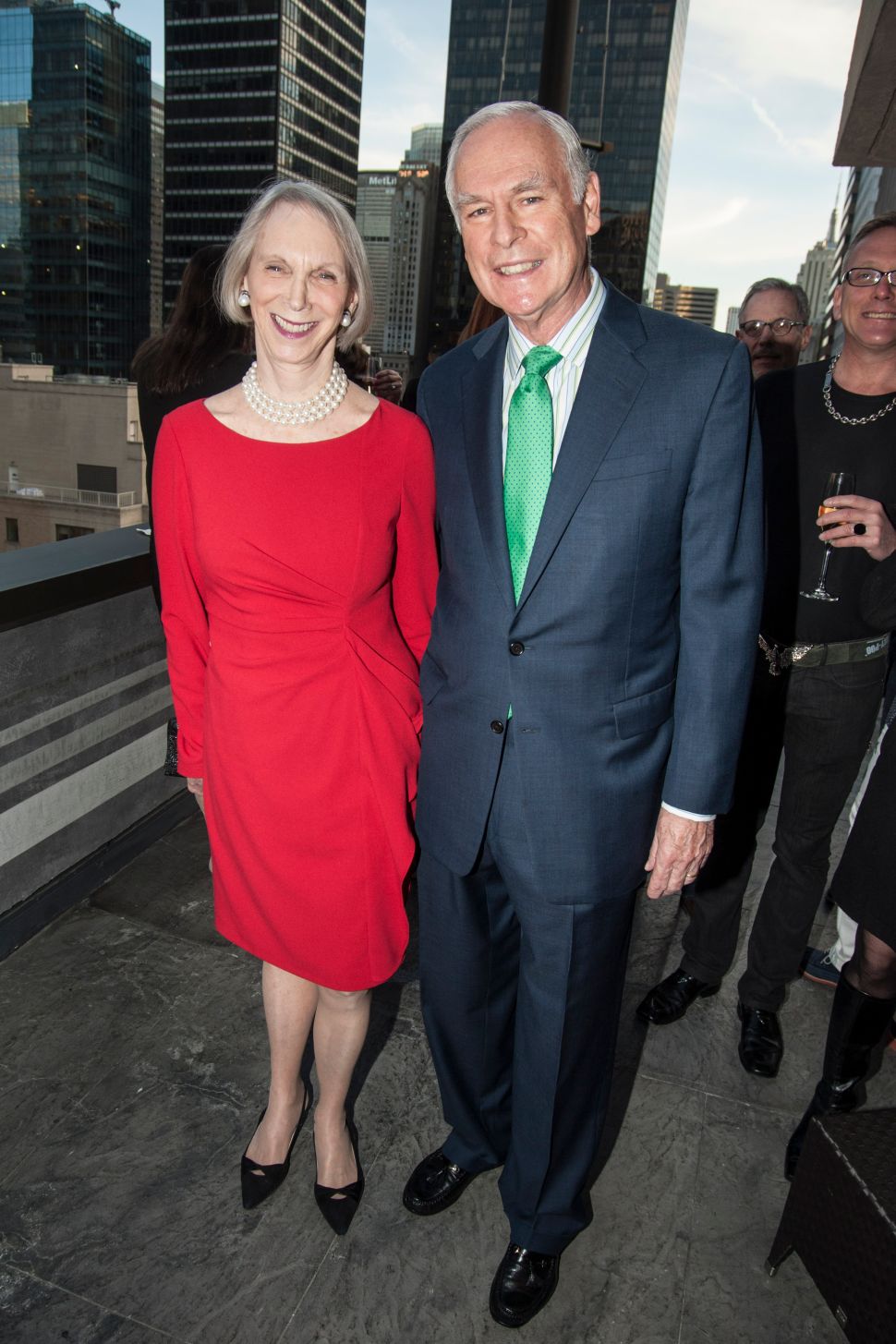