Nest, the Google-owned company that makes smart smoke alarms and thermostats, is disabling a feature on its Nest Protect smoke alarms after realizing it could be dangerous in the event of a fire. They’re also halting sales of all new smoke alarms until the problem is fixed.

In a recent blog post, Nest Labs CEO Tony Fadell explained that Nest Wave — a feature that allows Nest Protect smoke alarm users to turn off their alarms by waving their hand — could pose great dangers in the event of a real fire. What if a user unintentionally waved her hand in front of her Nest Protect smoke alarm, just moments before a fire started in her home?

“This could delay an alarm going off if there was a real fire,” Mr. Fadell writes, noting that the scenario hasn’t actually happened yet to any Nest customers — they’re just scared of it happening in the future.

To clarify, the Nest Wave feature enables users to turn off their smoke alarms — it’s different from waving a towel at your smoke detector, which just pushes the smoke away temporarily while the smoke detector continues to function normally.

At Nest, we conduct regular, rigorous tests to ensure that our products are the highest quality. During recent laboratory testing of the Nest Protect smoke alarm, we observed a unique combination of circumstances that caused us to question whether the Nest Wave (a feature that enables you to turn off your alarm with a wave of the hand) could be unintentionally activated. This could delay an alarm going off if there was a real fire. We identified this problem ourselves and are not aware of any customers who have experienced this, but the fact that it could even potentially happen is extremely important to me and I want to address it immediately.

We feel that the best and safest thing to do is to immediately disable the Nest Wave feature to resolve the issue and remove any safety concerns. While we fix Nest Wave, we have also halted sales of all new Nest Protect alarms to ensure no one buys an alarm that needs an immediate update…

The company can disable the Nest Wave function on its customers’ smoke alarms en masse, provided the customers have connected their smoke alarms to the Internet, and have opened a Nest account.

We hate to sound like Luddites, but do people really need a smoke alarm they can turn off by waving their hand? The annoyance of having to climb up on a chair and press a button seems like a small price to pay for, you know, not having your home engulfed in flames.

For now, Mr. Fadell says they are conducting “extensive” testing to make sure Nest Protect works as intended, and that they’ll have to receive approval from safety agencies in the U.S., Canada and UK. The whole process will take at least two or three months, he says. Guess we’ll all have to buy dumb smoke alarms till then.

If annoyed customers want to ditch their Nest Protest smoke alarms, he says the company will give them a full refund. 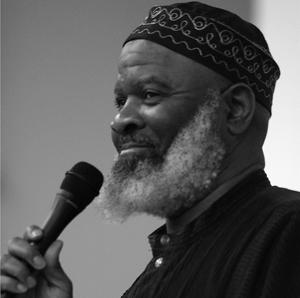