NEWARK – Newark mayoral candidate Ras Baraka walked quietly into the breakfast before the 77th annual New Jersey Chamber of Commerce Walk to Washington train trip at the Newark Hilton on Tuesday morning. The moment he entered the crowded room, all eyes were on him.

Perceived by many politicos to be the favorite over his rival, former state Assistant Attorney General Shavar Jeffries, Baraka told PolitickerNJ.com that he was taking nothing for granted with just three weeks left before Newark’s May 13 municipal election.

“I’m knocking on doors and talking to as many voters as possible down the stretch,” Baraka, Newark’s South Ward councilman, said. “The ground game is always the most important thing on Election Day. It’s about how ready your organization is. Going negative shows people that you don’t have any ideas. It just shows desperation. Those type of people, who are part of the old politics in this city, aren’t going to be around very long.”

Before going back to the campaign trail in Newark instead of the famed train trip to Washington, D.C., Baraka pointedly spoke out in defense of the role that his brother, Amiri “Middy” Baraka, plays in his campaign. The mayoral candidate’s brother serves as his chief of staff for his council office as well as his mayoral campaign manager. Some of Baraka’s critics have pointed to this circumstance as nepotism.

But Baraka made a historical analogy that could resonate among Democrats within and beyond Newark.

“My brother is qualified for the job. Robert Kennedy was in John F. Kennedy’s presidential administration,” Baraka said. “It makes sense to me. He’s a bulldog like Bobby Kennedy. I need him, and the people of Newark need him.” 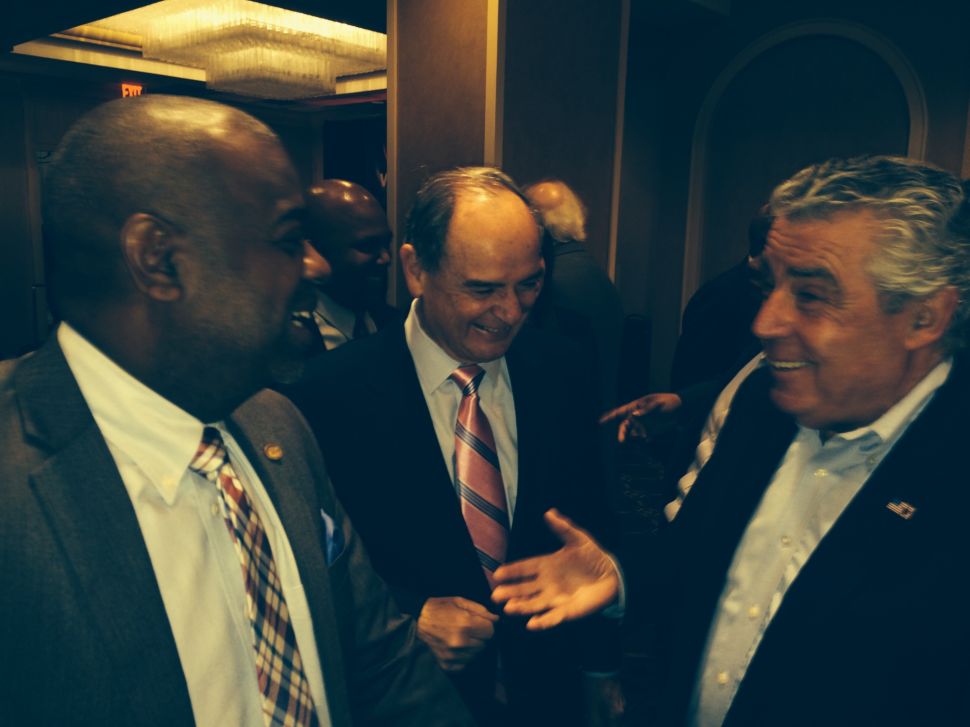