NEWARK – Newark mayoral candidate Shavar Jeffries worked the crowd at the breakfast before the 77th annual New Jersey Chamber of Commerce Walk to Washington train trip at the Newark Hilton on Tuesday morning. The Hilton stands a short distance away from Seton Hall University’s law school, where Jeffries has worked as an associate professor. In just three weeks, Newark’s voters will be his judge and jury in the May 13 municipal election.

In an interview with PolitickerNJ.com, Jeffries presented a path to victory on Election Day that seemed to indicate a strategy that relies significantly on two of Newark’s five wards.

In a room packed with politicians, labor leaders and corporate players schmoozing to the hilt, Jeffries underscored why he feels that his brand of leadership in better for Newark than that of his rival, South Ward Councilman Ras Baraka. 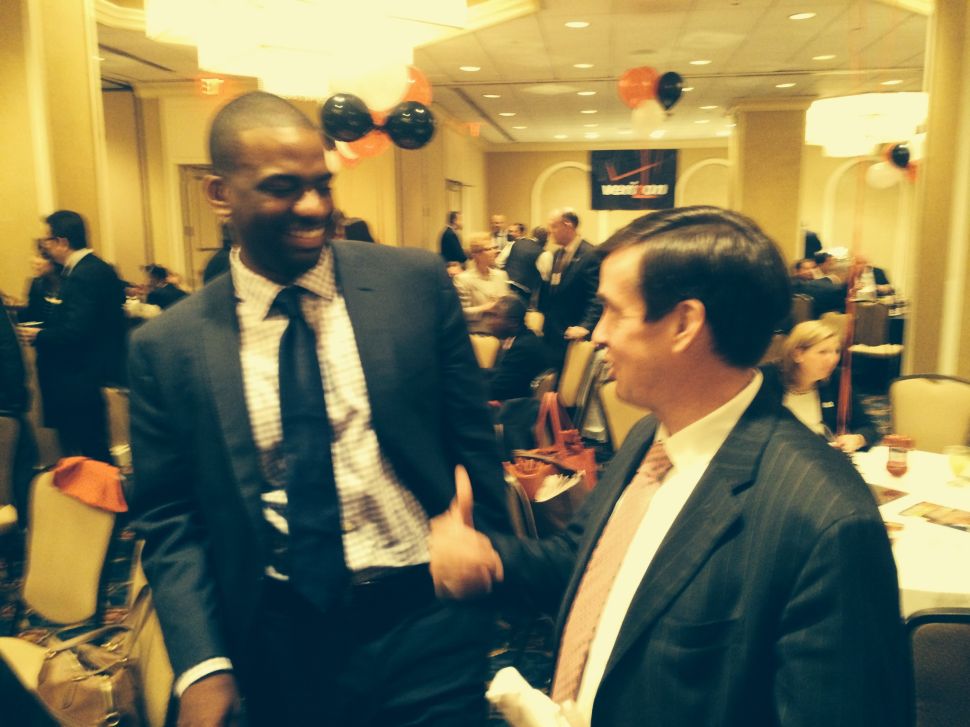