NEWARK – Newark mayoral candidate Ras Baraka stood in front of his campaign’s Central Ward headquarters early Tuesday evening, in front of an inanimate object that has taken on a life of its own in the 2014 Newark mayor’s race: a red-white-and-blue campaign bus.

Hours before, an arrest warrant had been issued by the Essex County Prosecutor’s Office for a man who police believe set fire to the Baraka campaign bus in February. The bus was torched, and sugar was put into the gas tank, according to the prosecutor’s office.

But when asked by PolitickerNJ.com if he asserted that those named as being involved in the alleged arson incident were directly tied to his opponent’s campaign, Baraka torched the team of rival Shavar Jeffries.

“I’m not asserting that, that’s what this says. This is a fact,” said Baraka, waving a copy of a January 2014 New Jersey Election Law Enforcement Commission (ELEC) report that lists Shareef Nash as being paid more than $4,300 in campaign consulting expenses by the Jeffries campaign. “[Nash] works for Shavar Jeffries.”

Nash was named in an Essex County Prosecutor’s Office press release on Tuesday announcing an arrest warrant related to the February arson incident.

The van was located on March 7 when it was pulled over near the corner of Morris and Central avenues in Newark. The van was being driven at the time by Shareef Q. Nash. 35, of South Orange. Nash has not been charged with any crime. The vehicle is registered to Prestige Professional Management, LLC, of Newark.

It is alleged that Michael Benkowski, 43, of Newark, used the van in connection with the torching of the Baraka campaign bus, according to the Prosecutor’s Office. Benkowski is currently at large.

Baraka went further in his claims about the Jeffries campaign’s involvement in the alleged arson incident.

Katherine Carter, the public information officer for the Essex County Prosecutor’s Office, reiterated that the van is registered to Prestige Professional Management, LLC, which has a post office box address in Newark, and that Nash “is connected to that company.”

A phone call to Sharif seeking comment was also not immediately returned.

Jeffries issued a written statement about the ongoing investigation of alleged campaign misconduct.

“Anyone involved in this arson must be prosecuted to the fullest extent of the law. Let me be crystal clear: I do not condone any activities that violate the spirit or letter of the law and neither does my campaign,” Jeffries said. “As a former assistant attorney general and civil rights attorney, I believe in due process. However, I am angry and this is unacceptable behavior for any supporter regardless of which candidate they back.”

Baraka seemed angered with the pace of the investigation into the incident.

“[Shareef Nash] was the driver of the van. And if he’s driving the van, then I don’t why the Prosecutor’s Office is not charging him with conspiracy to commit arson,” Baraka said. “There is no evidence that Jeffries knows anything about what happened. But the folks that did that are in his campaign. We are asking that he comes out immediately, admonish them, call for justice, and call for their arrest. They put Newark residents’ lives in danger.” 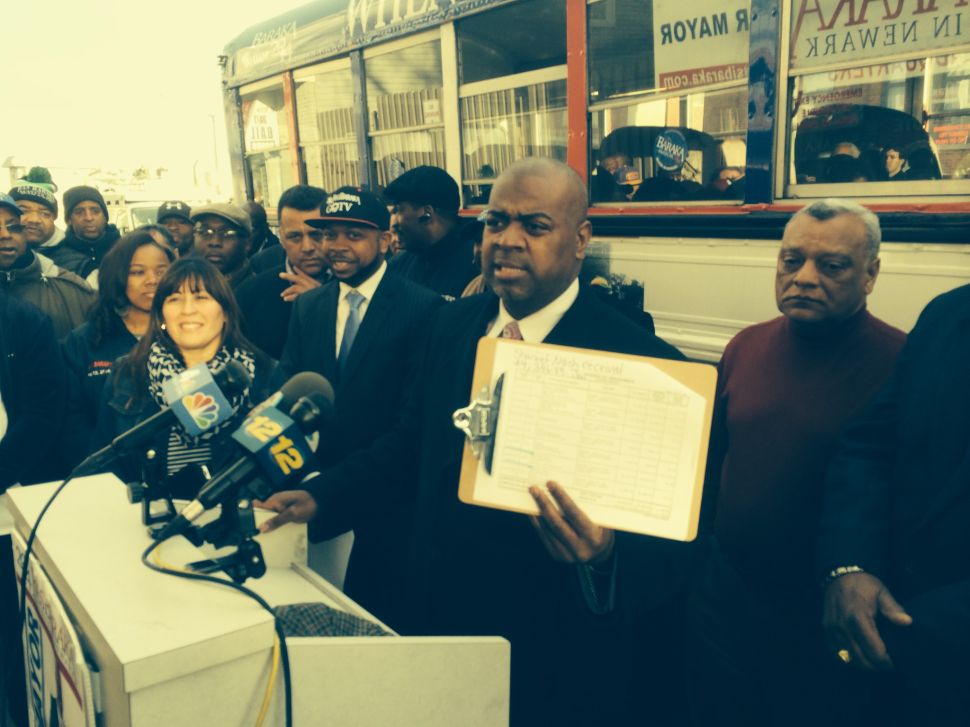