NEWARK – Newark mayoral candidate Shavar Jeffries and his council slate raised more than $760,000 during the last campaign fundraising period, according to official reports.

A copy of the fundraising report submitted by the Jeffries campaign to the New Jersey Election Law Enforcement Commission (ELEC) for the 29-day pre-election period ending on April 11 indicates that the Jeffries Team for Newark 2014 raised more than $763,700, and more than $1,350,800 to date. Jeffries and his council candidates are trying to defeat Newark mayoral candidate Ras Baraka and his council slate in the May 13 municipal election.

The most recent ELEC report indicates that the Jeffries Team for Newark 2014 has more than $247,400 cash-on-hand.

A closer look at Jeffries’ campaign expenses in the last filing period shows a considerable amount of money being spent on consulting and media firms from a wide geographic range. 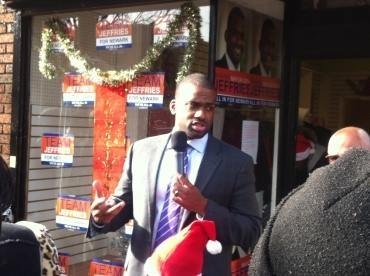