NEWARK – To the casual observer of Newark politics, the scene at Don Pepe’s restaurant on Thursday night was confusing, unless one considers a force that is at times more powerful than politics: friendship.

But before Ramos addressed the crowd, one supporter stepped forth and stepped up to the microphone: Jersey City Mayor Steve Fulop.

“I probably share the sentiment like many of you in this room that I would have hoped that [Ramos] would be on the [mayoral] ballot here because I really believe in my heart that he was the best candidate for mayor,” said Fulop, who sent political shockwaves throughout New Jersey when he endorsed Jeffries’ rival, South Ward Councilman Ras Baraka in February, less than a week after Ramos left the mayoral race.

In the heat of the contentious Newark mayoral race, it seems a Fulop-Ramos alliance would be presently impossible. But shedding some light on the two politicians’ long-standing relationship makes it seem almost probable.

“I’m here because Anibal and I have a great friendship,” Fulop added in his remarks to the crowd. “No matter what happens in Newark, my closest relationship is always [with] Anibal Ramos. We have a very special friendship because we started early together. No matter how things work out through the campaign, I look forward to working with him and helping him grow as he and I work together in a tremendously close partnership. I look forward to being a partner with you for the next four years, Anibal.”

Fulop and Ramos find themselves on different sides of a statewide divide that has developed regarding the Newark mayoral race.

PolitickerNJ.com previously reported that several Democratic sources indicated that Jeffries conversed with Essex County Executive Joe DiVincenzo and with allies of South Jersey power broker George Norcross III regarding his political future. These sit-downs suggest an alliance between North and South Jersey to ensure Jeffries’ victory in the May 13 Newark mayoral election, just 24 days away.

The atmosphere of political intrigue taking place behind the scenes of the Newark mayoral election might have played a role in recent decisions made by Fulop and Ramos. But in a joint interview with PolitickerNJ.com, the two simpatico politicos looked forward to another scene in November.

“Friendship matters more,” Fulop said. “This guy was always there for me from the beginning.” 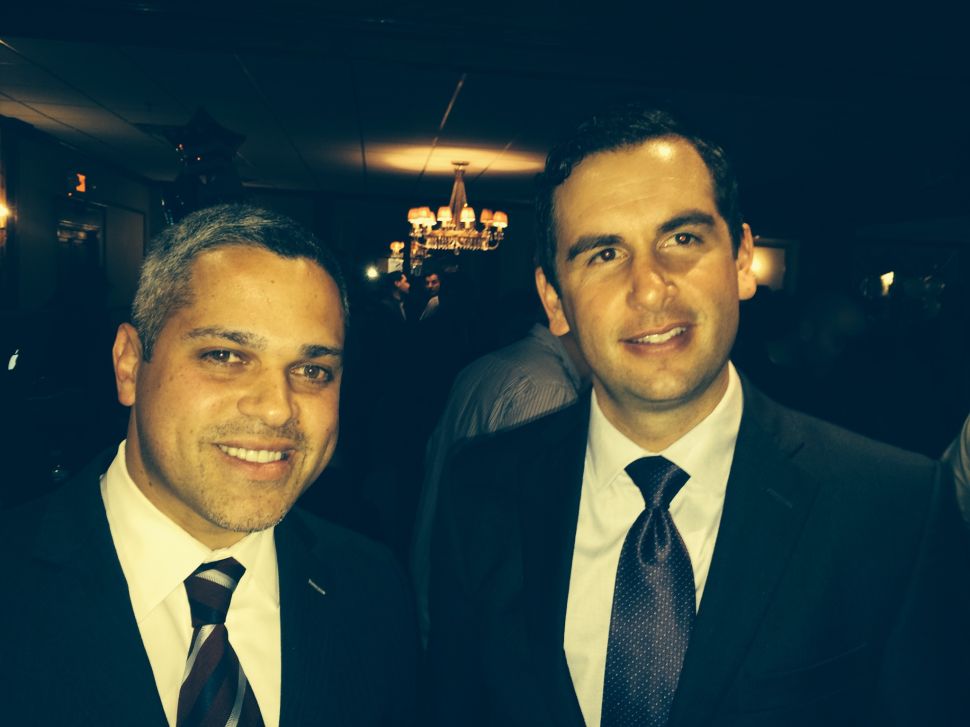