NEWARK – An Essex County Superior Court judge has dismissed a lawsuit filed by Newark mayoral candidate Ras Baraka that called for the removal of two supporters of his rival, former state Assistant Attorney General Shavar Jeffries, from the Essex County Board of Elections.

The suit, filed last month, asserted that Frances Adubato and Lee Fisher, who both serve as commissioners on the four-person board, were in violation of election law and ethics codes, including the New Jersey Conflicts of Interest Law, the New Jersey Uniform Ethics Code, the Essex County Board of Elections Ethics Code and the common law.

The lawsuit cited endorsements made by Adubato and Fisher on the Jeffries campaign website, as well as a PolitickerNJ.com article written at the time of the endorsement, to back the claims that the two Jeffries supporters should be removed from the board.

But in his written opinion released on Monday, Superior Court Judge Thomas R. Vena pointed to an opinion made on a similar matter in 1989.

“An advisory opinion of the New Jersey Attorney General, written in 1989, addressed the extant ethical issue in the election supervision context in reviewing whether it was legally permissible for a county superintendent of elections to publicly endorse a candidate for public office. The opinion concluded that such an endorsement did indeed constitute a conflict in violation of the New Jersey Conflicts of Interest Law,” Vena’s opinion reads. “However, as noted by the Attorney General in 1989, the role of the county superintendent of elections is distinguishable from the positions held by Defendants Adubato and Fisher.

“While a county superintendent is indeed barred from endorsing a political candidate in an election, the same is not true for members of the county board of elections,” Vena’s opinion continues. “The statutory structure of membership to a county board of elections is expressly political, and therefore this court concludes that a member may endorse candidates for office.”

Reactions to the judge’s opinion were tinged with the heat percolating in Newark’s streets just 20 days before the May 13 municipal election.

“The decision permits a situation like this to exist – [New York Yankees manager] Joe Girardi walks to home plate to exchange the lineup with the manager of the Red Sox before the game tonight, and two of the four umpires are wearing Red Sox uniforms,” said attorney Edward J. Florio of Hoboken law firm, Florio & Kenny, who filed the lawsuit on behalf of Baraka. “The decision of the judge creates a circumstance which requires a greater amount of oversight over the activities of the board of elections’ commissioners than is normally applied. We have two commissioners who have made clear their non-objectivity with respect to the election in Newark. They have declared their open breach of neutrality and are wearing Shavar Jeffries jerseys.”

“The fact remains that a serious conflict of interest by Adubato and Fisher threatens the fairness of the election for mayor. The two commissioners have publicly endorsed Shavar Jeffries,” said Baraka campaign communications director Frank Baraff. “This means that the commissioners who will be counting ballots, determining who is entitled to vote, appointing district board members, training election workers, certifying election results, and participating in recounts of voting machines, have said publicly that they want one candidate to prevail over the other. This is morally and ethically wrong. It is a blow to the integrity of elections in Newark.”

“We are pleased that the court dismissed this lawsuit,” Adubato and Fisher said in a joint written statement. “We have always been committed to the fair and unbiased performance of our duties as elections commissioners.

“It’s a shame that Baraka had to waste the court’s time and taxpayer dollars when the law was so clearly on our side,” Adubato and Fisher continued. “This unnecessary lawsuit speaks volumes about the divisive nature of Ras Baraka. We need a leader who will bring all five wards of the city together and that is exactly why we endorsed Shavar Jeffries.” 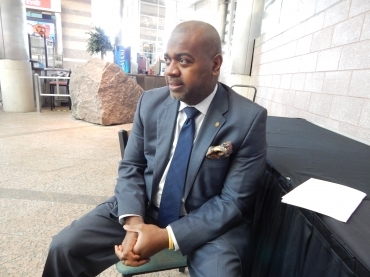