NEWARK – The labor union local that represents the ranking officers of the Newark Fire Department will endorse Newark mayoral candidate Shavar Jeffries, according to the top union official.

“[Former Newark mayor and now U.S. Sen.] Cory Booker started a good thing, but I believe there were holes left in his plan to go forward. Ras Baraka was there during that time period. In that time period, the holes were never really addressed,” Tarantino, 46, continued, referring to Baraka’s time on the Newark city council, which began when he was elected in 2010. “We addressed Ras Baraka about the issues that not only the Fire Department has, but that the city has, and we don’t feel that his answers were progressive enough to keep up with what’s happening in Newark. A city council member might have had the opportunity to at least address certain issues in his tenure.”

Baraka and Jeffries have been politically waging war for the support of labor unions, a critical element for winning any large-scale New Jersey campaign. Baraka appears to have won the lion’s share of these endorsements. But for Tarantino, whose union represents Newark Fire Department captains, deputy chiefs and battalion chiefs, public safety remains the prime factor that drove his union to back Jeffries.

“It is clear to our union that Shavar Jeffries is better not only for the city of Newark but for the fire protection that we provide for its citizens,” said Tarantino, a 25-year fire department veteran. “What other unions are doing is truly none of my business.”

Tarantino also framed his union’s endorsement against the backdrop of estimated $30 million municipal budget deficit and the potential state takeover of the city’s finances looming over Newark.

“I’m concerned with the people [Baraka] is surrounding himself with and what could be the potential for us for the future,” Tarantino said, claiming that some Baraka supporters have not fully supported accepting federal grants for the city fire department. “If he is not going to have an open door policy with his unions, and he is not going to be able to discuss the people that he is putting in charge, there is going to be frivolous lawsuits and the waste of taxpayer dollars. We’re against that. Shavar Jeffries has told us, as an attorney, that he’s got a fiduciary responsibility not to have these frivolous lawsuits. We’ve got to keep our union members safe and make sure that the taxpayers aren’t wasting their money.”

Jeffries, a former state Assistant Attorney General, told PolitickerNJ.com that he is grateful for the support of the Newark Fire Officers Union.

“It’s another sign of the momentum that we’ve been building,” Jeffries said. “I respect the firefighters immensely. They put their lives on the line every day for the people of Newark. They run to situations that others run from. I’m excited to have their support, which also reflects the broad base of support that we have in the community.”

The public Newark Fire Officers Union endorsement will most likely take place on Monday, according to Tarantino. The Newark Firefighters Union, which represents non-ranking Newark firefighters, has yet to endorse any mayoral candidate. 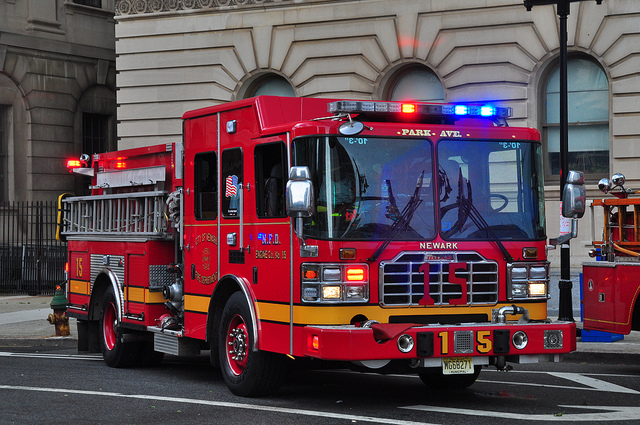