The New Jersey Capitol Report program, co-hosted by Emmy Award- winning anchors Steve Adubato and Rafael Pi Roman, is entitled “Newark at a Crossroads.” In an advance copy of the show provided to PolitickerNJ.com, both candidates are interviewed individually about a range of concerns affecting New Jersey’s largest city in the run-up to the May 13 Newark municipal election.

Issues discussed include public safety, economic development, the potential state takeover of the city’s finances and the future of Newark’s schools.

Both candidates were asked why their opponent should not be Newark’s next mayor.

Baraka, whose interview is presented first during the half-hour program, threw a verbal jab at Jeffries.

“He has no record of performance. In fact, it’s a failed record,” Jeffries said. “As councilman for the South Ward, murders have gone up 70 percent. There is no development in the South Ward. Foreclosures are up. Unemployment is up.”

Adubato gave the audience some perspective on what the Newark mayoral contest means.

“It’s an important election not just for Newark, but for New Jersey and possibly the nation,” Adubato said.

“Newark at a Crossroads” will be aired at the following times:

Go to www.njcapitolreport.org for more information about the program. 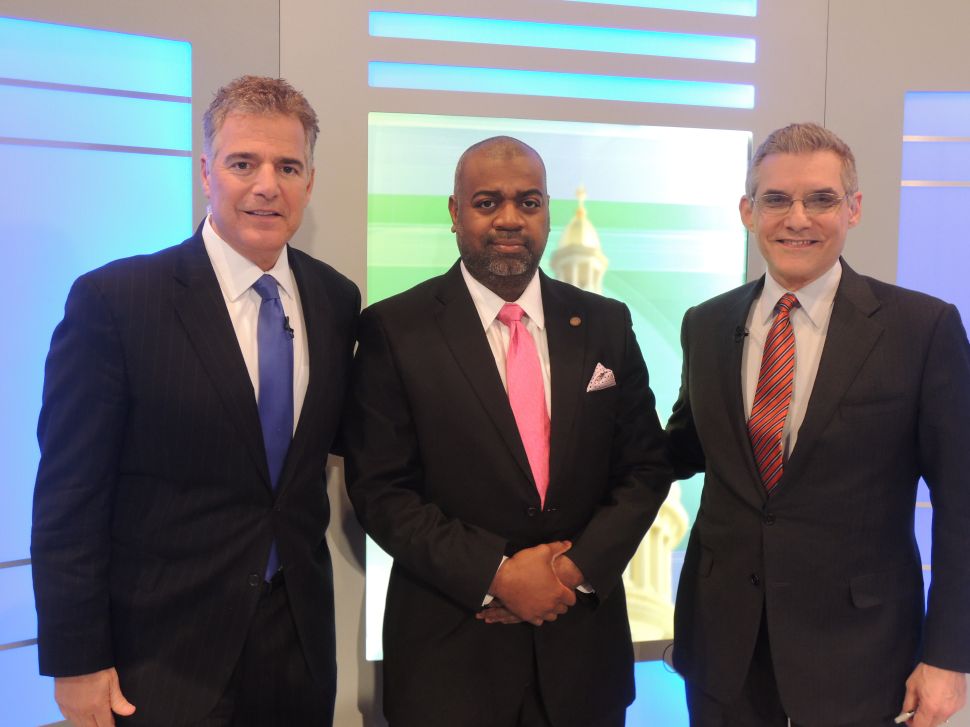