The response by the pro-Jeffries independent expenditure group, Newark First, came hours after the Baraka campaign launched its first television campaign ad of the season.

The ad features the principal of Central High School – on leave from the job while he runs for mayor – greeting school children as they get off the bus.

But according to Princess Williams, a noted Newark educator who spoke out against Baraka in a written statement issued by Newark First after the release of the Baraka campaign ad, Baraka’s record at Central High has been less than successful.

“Despite Baraka’s claims – from overall performance to college and career readiness to graduation rates – Central High School has failed our children and threatened our city’s future,” Williams said in the statement, issued by Newark First after the release of the Baraka ad. “Newark’s families deserve a champion who will work to improve our schools, not a clubhouse politician who advanced his own career while our children were left behind. Based on his record of failing our families, Ras Baraka is unfit to be our next mayor.”

Williams, a member of the Newark First steering committee, has received national attention for her work in education in Newark and was featured on CNN in 2011 in recognition of this work.

But Dr. Lauren Wells, an education consultant speaking on behalf of the Baraka campaign, countered the Newark First statement about Baraka’s record as Central High principal.

“It is incontestable that Ras Baraka succeeded in raising the graduation rate from 50 percent to 80 percent, an astounding 60 percent increase and that student achievement has seen a steady increase,” Wells, who administered the Newark Global Village School Zone, a school reform initiative sponsored by New York University, said in a written statement, noting that English language arts and mathematics scores on the state High School Proficiency Assessment (HSPA) have also increased under Baraka’s leadership.

“Everybody who knows anything about education in Newark knows that before Ras Baraka became principal, Central High School was a disaster,” Wells added. “[Baraka] turned the school around by focusing on relationships, high expectations, and instruction.” 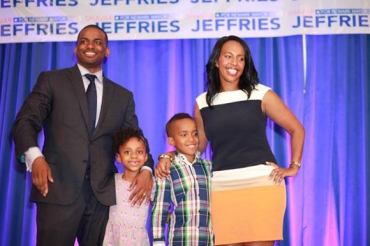