The focus of Logan’s diatribe against Baraka was the allegation that Baraka failed to deliver a promised economic stimulus plan for the South Ward after he was elected to the city council in 2010.

But Logan, a former Newark Police Department detective and the football coach at Weequahic High School, said in a written statement that Baraka has failed to come through with these plans.

“In four years, Ras Baraka has not produced a stimulus plan for the South Ward,” Logan said. “We can see the tragic results of his failed leadership all over the South Ward. You just can’t believe the promises made by Baraka.”

Logan also pilloried Baraka for key council votes that he claimed the incumbent South Ward councilman missed, including a Sept. 1, 2010 council vote that provided $3.5 million in state and federal funding to support job-training programs, which passed 7-0. Logan also claimed that Baraka abstained from a vote to provide $5 million to provide training and employment opportunities through the One-Stop Career Center.

“It’s understandable to miss one vote, but it’s unconscionable to miss so many votes on issues that are so important to the economic well-being of our people,” Logan said. “Baraka can’t even bothered to show up for the job he was elected to do. I will not be a councilman who promises an economic stimulus plan, then fail to deliver.”

“Mr. Logan never challenged the police layoffs that have devastated our city, not just the South Ward,” said Councilman James, the son of former Newark Mayor John Sharpe James, in a written statement. “As a long-time member of the Newark Police Department, Mr. Logan was wrong to remain silent as our city was ravaged by the layoffs, which his teammates approved.”

“Ras Baraka’s absence during the votes was a protest against bad policy, not a lack of concern. For example, the One Stop Center touted by Logan, is largely a failure,” Councilman James continued. “Additional money has not helped, and the One Stop Center has been repeatedly asked by Council Members to explain why so little has been accomplished with the millions of dollars added to its budget. Mr. Logan should familiarize himself with the ways in which a legislator can protest against a bill that has good elements as well as bad.”

Finally, James questioned Logan’s positions about several issues that have a serious impact on all Newark residents – the controversial One Newark school reorganization plan, the potential state takeover of the city’s finances and the effect of a State Comptroller’s office report that indicated a lack of oversight at the now-shuttered Newark Watershed Conservation and Development Corporation (NWCDC), which led to a fiscally irresponsible atmosphere and the waste of public money. 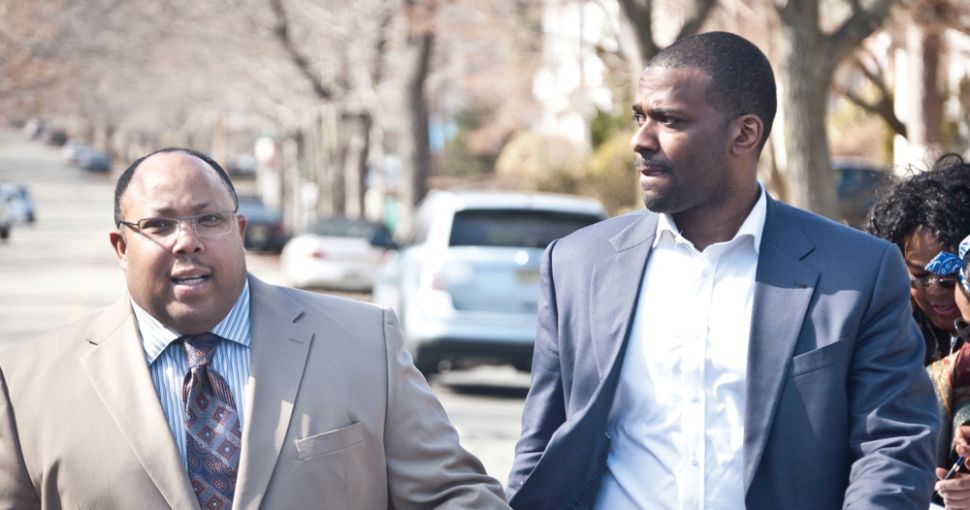