NEWARK – The Essex County Prosecutor’s Office has confirmed that a campaign worker of Newark mayoral candidate Shavar Jeffries has been arrested in connection with the burning of rival candidate Ras Baraka’s campaign bus in February.

“I can confirm that Shareef Nash has been arrested in connection with the February 16 arson of a bus belonging to the Baraka for mayor campaign,” said Thomas Fennelly, chief assistant prosecutor.

A written statement from the Essex County Prosecutor’s Office stated that Nash bas been arrested and charged with first degree arson for hire and conspiracy to commit arson. He is being held on $200,000 bail.

Nash was named in an Essex County Prosecutor’s Office press release on April 1 announcing an arrest warrant related to the February arson incident.

The van was located on March 7 when it was pulled over near the corner of Morris and Central avenues in Newark. The van was being driven at the time by Nash. 35, of South Orange. The vehicle is registered to Prestige Professional Management, LLC, of Newark.

Katherine Carter, the public information officer for the Essex County Prosecutor’s Office, reiterated on April 1 that the van is registered to Prestige Professional Management, LLC, which has a post office box address in Newark, and that Nash “is connected to that company.”

A copy of a January 2014 New Jersey Election Law Enforcement Commission (ELEC) report lists Nash as being paid more than $4,300 in campaign consulting expenses by the Jeffries campaign.

“It has come to the campaign’s attention that an arrest warrant has been issued for Shareef Nash in connection with the ongoing investigation into the vandalizing of Councilman Baraka’s bus,” said Jeffries campaign spokeswoman Lupe Todd in a written statement. “Last Wednesday, on April 2nd, immediately upon learning that a warrant was issued for Michael Benkowski and that Shareef Nash might be implicated, Shavar Jeffries took decisive action, asked for and accepted the resignation of Shareef Nash. Shavar calls on the Essex County Prosecutor’s Office to continue to pursue all angles and possible involvements. As Assistant Attorney General, Shavar was part of the team that implemented the strongest ethics reform laws in state history, and is deeply committed to ensuring the highest standards in our electoral process, which is why he issued a clean campaign pledge last year.”

“Once again, I thank and congratulate congratulate our police and prosecutor for their excellent work in bringing the perpetrators to justice,” said Baraka in a written statement. “The charging of Sharif Nash brings responsibility for the arson closer and closer to the highest levels of the Shavar Jeffries campaign. I urge our law enforcement authorities to continue their investigation in order to determine who is ultimately responsible.” 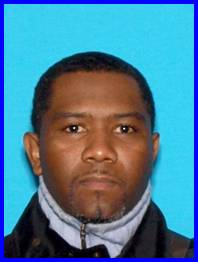