“It is good to be at the National Action Network,” Mr. Obama said when he took the stage in a Midtown hotel ballroom. “I want to say first of all thank you to your leader Rev. Al Sharpton, give him a big round of applause.”

After Mr. Sharpton introduced Mr. Obama as someone who is about action and not just “style,” Mr. Obama gently ribbed the reverend.

“I appreciate that he called me the action president although I do also have style,” Mr. Obama said as the crowd burst into laughter. “Al’s not the only guy with style.”

In his passionate speech, Mr. Obama touted his accomplishments, including the Affordable Care Act, and addressed voting rights that, in his view, are under attack from Republicans.

“Just as inequality feeds on injustice, opportunity requires justice and justice requires the right to vote,” Mr. Obama declared. “In the eyes of the law and the eyes of our democracy, we’re all supposed to have that equal right to cast our ballot to help determine the direction of our society. The principle of one person, one vote is the single greatest tool we have to address an unjust status quo.”

“You’d think there’d not be an argument about this anymore,” Mr. Obama added. “The stark simple truth is this: the right to vote is threatened today in a way that it has not been since the Voting Rights Act became law nearly five decades ago. Across the country, Republicans have led efforts to pass laws making it harder, not easier for people to vote.”

The president also threw some humor into the mix. After castigating those who would require official documentation at poll sites, Mr. Obama quipped, “Just to be clear, I know where my birth certificate is.”

“You remember that?” he added. “That was crazy. I hadn’t thought about that in a while.” 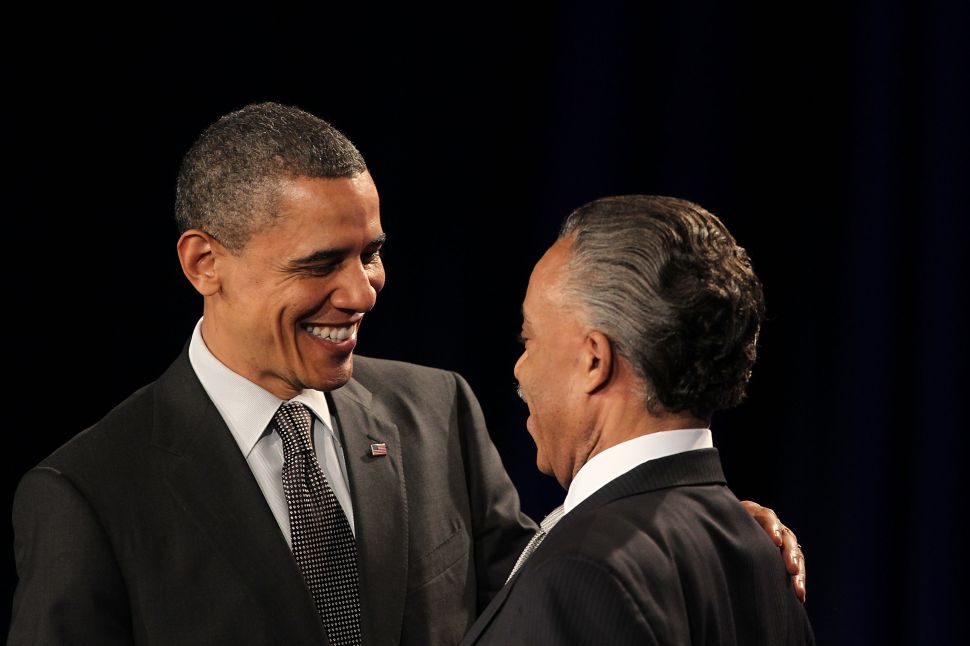