OkCupid is taking a bold stance against Mozilla’s controversial new CEO, Brendan Eich, who made donations in support of California’s anti-gay marriage legislation, Proposition 8, back in 2008.

As TechCruch reported, visitors who use Firefox to access the dating site — which markets to any and all sexualities — will come face-to-face with the following message:

This is just the latest outcry against Mr. Eich, who’s been heavily criticized for his anti-LGBT donation since his appointment to CEO last week — even by members of his own company.

Mr. Eich, for his part, offered up a blog post called “Inclusiveness at Mozilla” that claims, “I am committed to ensuring that Mozilla is, and will remain, a place that includes and supports everyone, regardless of sexual orientation, gender identity, age, race, ethnicity, economic status, or religion.” He does not explicitly say what his personal views on gay marriage are.

When TechCrunch reached out to Mozilla about OkCupid’s message, Mozilla responded, “Mozilla supports equality for all, including marriage equality for LGBT couples. No matter who you are or who you love, everyone deserves the same rights and to be treated equally. OkCupid never reached out to us to let us know of their intentions, nor to confirm facts.” 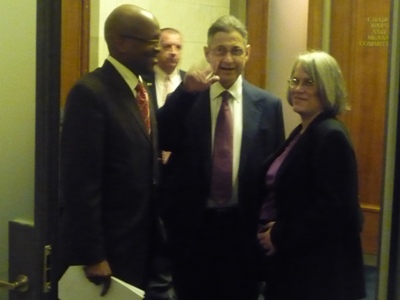