PATERSON – The circus of politics descended on City Hall tonight with a month to go before the May 13th mayoral election, and at the center of silk city hoopla stood Council President Andre Sayegh and former Mayor Jose “Joey” Torres.

“Ah, Andre,” Torres used to caution the charismatic comer when Torres was mayor. “Just make sure that when they laugh they’re laughing with you, not at you.”

But now the rivalry between the onetime young school board president and aging political lion has turned very bitter.

There are no friendly cautionary words of advice – just hard-angled charges.

Mostly at issue is $74,000 Torres received from the city when he left the employ of Paterson in 2010 after Jeff Jones nixed his bid for a third term as mayor.

Tonight, with Jones politically wounded after four years, Torres wants to get back to City Hall, but has this $74,000 question hanging over him.

And Sayegh in front of him.

During the public portion of tonight’s meeting, Torres went to the microphone and denounced the city council that approved for him – based on what he says was 25 years of city service – a $74,000 severance package upon retirement.

“This only came out because I am running for mayor,” Torres said.

Planted at the microphone in front of his fellow mayoral contender, Torres referred to a letter from state Local Government Services Director Tom Neff on the subject, in which Neff said such severance arrangements are unusual unless a local governing body approves such an agreement in accord with locally adopted ordinances.

The council approved Torres’ severance package, therefore he feels no compulsion – legal or moral – to return the money as the council, under Sayegh’s leadership, recently demanded in a unanimous resolution.

Before storming out of the council chamber, Torres vowed that he would win the election and become the next mayor of Paterson.

“This matter is at the prosecutor’s office,” Sayegh said, reminding his fellow citizen legislators that they couldn’t comment.

“This matter is in the hands of law enforcement,” he added.

As the doors swung closed on Torres, allies of the former mayor’s jumped up and brandished signs denouncing Sayegh and charging him with pay-to-play.

Sayegh found himself under a constant barrage all night.

Ernie Rucker, a backer of former Councilman Aslon Goow, charged U.S. Rep. Bill Pascrell (D-9) with sending “his lackey,” Democratic State Party Chairman John Currie, to back Sayegh because Pascrell fears putting his own name on the line in the coming election.

“Don’t be fooled by the hype,” Rucker warned the crowd.

A man nicknamed “One Eye on Paterson,” who has a patch over one eye, told the audience that Currie and Pascrell want to gain control of City Hall to turn Paterson into a partisan city.

“what John Currie did was wrong,” Donald Lynch said. “”He has no business in this election. He never backed anybody before. I’m thinking of going independent.”

Seated in the audience with Torres, mayoral candidate David Gilmore stayed focused on the mayor, bashing Jones for what he described as incompetent leadership.

After the meeting, Sayegh shrugged off the signs critical of his mayoral candidacy.

“No substance whatsoever,” he said. “A a cheap orchestrated political attack. They don’t want to talk about the issues.” 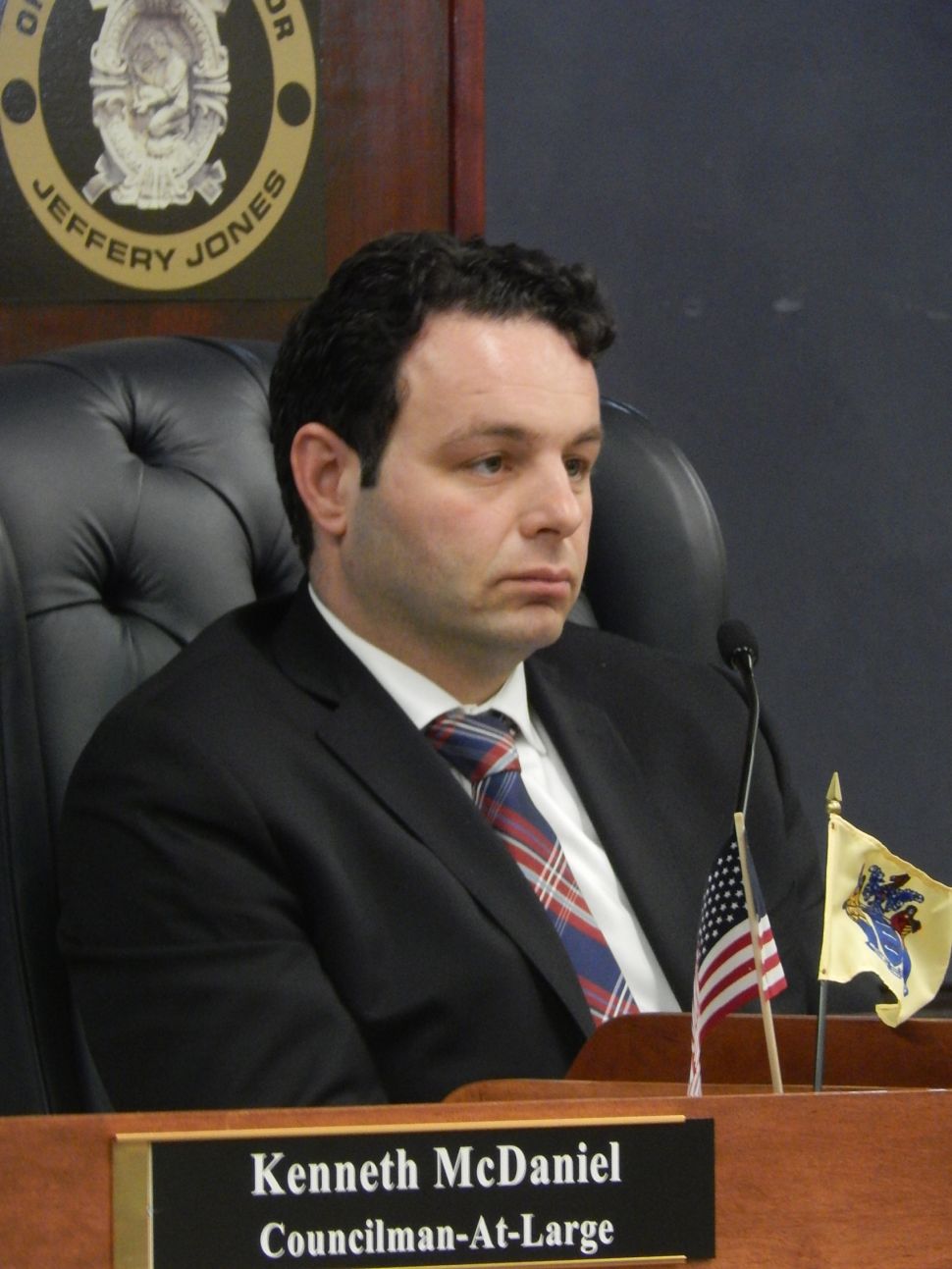