She’s in the race to be mayor.

“We have a mess,” the city’s Health and Human Services Director told PolitickerNJ. “This is not how it’s supposed to be.”

Despite her best efforts to project “in-to-win” ferocity, insiders inevitably see Nelson-Ivy as a component of the Mayor Jeff Jones story.

And now she’s going to help un-elect him, sneer the mayor’s foes.

The fact that she’s running  underscores inner sanctum weakness on the second story of City Hall and more proof, the mayor’s detractors argue – along with Assemblyman Benjie Wimberly’s (D-35) and Assemblywoman Shavinda Sumter’s (D-35) absence this year from the contest – of a wobbling Jones.

“If Joey [Torres] wins, does he keep her on as health and human services director if he knows what she did to Jones? The answer is, of course, no,” said one insider. “Joey – and Andre [Sayegh] – both know that if they leave Donna where she is she will capitalize politically and run against either one of them next time.”

That analysis seems to spark the candidate’s attack plan right now, which is essentially victory or bust.

“I’ve listened and learned, and I’ve worked with a majority of the council members and looked at the field, and I told myself, ‘You’ve got to do this,’” she said. “We have right now in city hall a disconnect. This is not hard. It’s customer service.”

With the exception of her own department numbering over 100 workers and a $10 million budget, the Jones administration, she says, fails to bridge the gap from City Hall to the community.

“I build teams,” Nelson Ivy said. “I look at everybody’s strengths and skill sets and motivate. I’m a professional.”

She didn’t want to complain about the failures she says she found around herself – so she ran.

“The mayor and I have a good relationship,” she insisted, a common theme among many in the political establishment – personal affirmation of the mayor but rejection of his administration.

“I know it sounds weird,” she admitted. “But I’m disappointed.”

She says Jones failed the leadership test through a combination of personal remoteness and detachment and surrounding himself with mostly the wrong people.

If she hadn’t decided to run, PoltickerNJ asked her, is there another candidate whom she would back?

“No,” Nelson Ivy said. “I’m going to be the next Mayor of Paterson.”

Asked about her presence in the contest after one debate forum, the mayor shrugged.

“It’s her right to run,” Jones said with a smile. 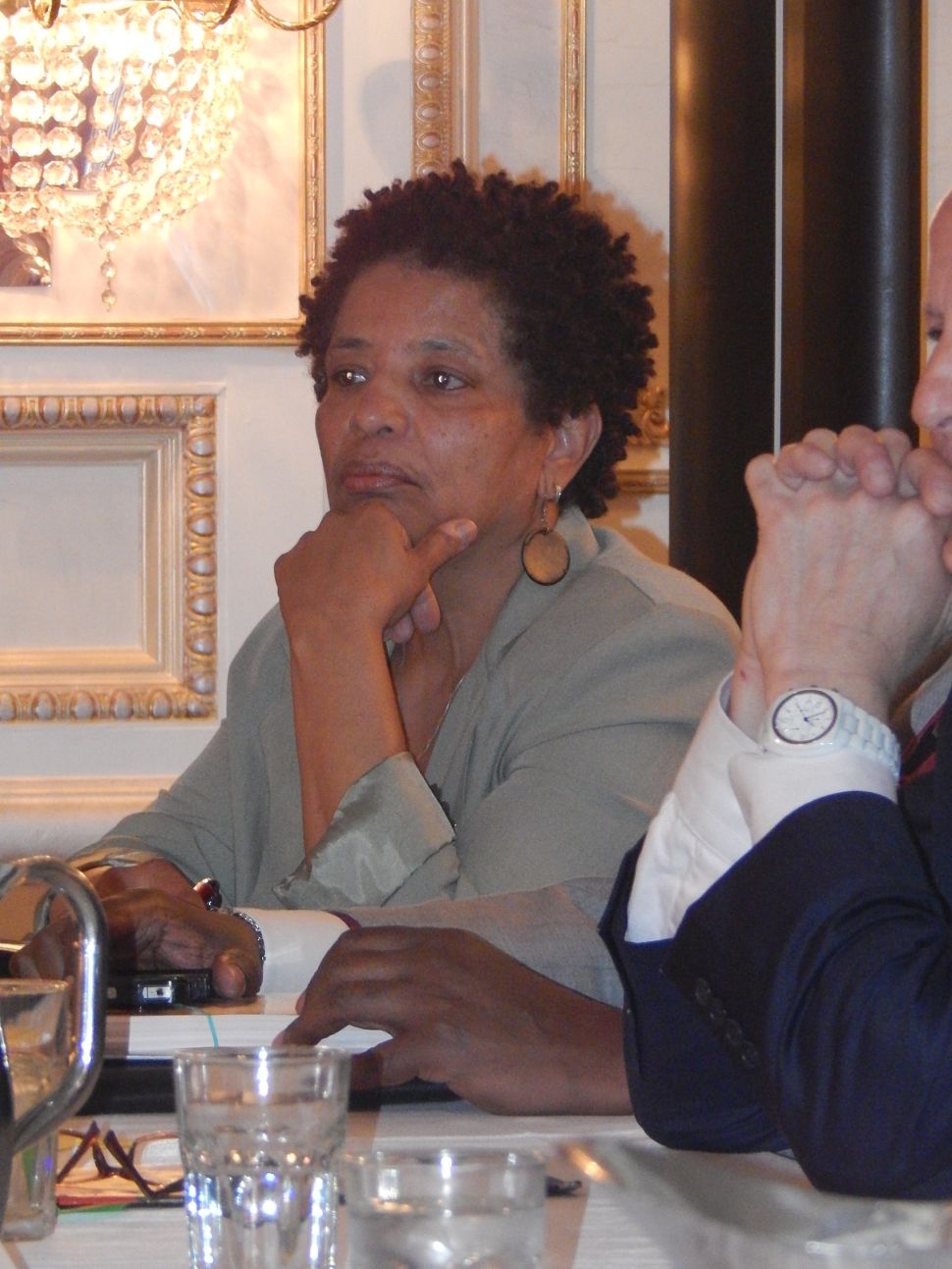