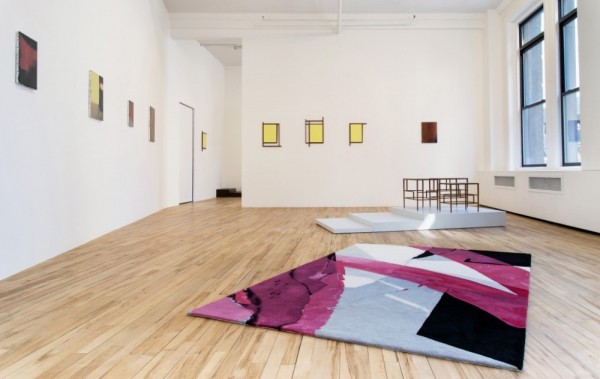 Over the past decade, the artist Paul P. has established himself as a Victorian aesthete, a master draughtsman and a connoisseur of nostalgia. He has depicted romantic, Old World scenes and dewy-eyed portraits of young men, often topless, his careful handling of pencil and paint obscuring their origins in 1970s and ’80s pornography. In the course of becoming his generation’s John Singer Sargent, he has hazarded charges of preciousness but has almost always managed to stay one step ahead of the twee by coming at the past from oblique emotional and artistic angles.

In his sixth New York solo show, he has moved away from depicting bodies and vistas. New series in a tight array of mediums take their place. Small paintings hover on the verge of abstraction; just a few colors—muted rose, pale blue—play off blacks and grays. They could be intimate studies of empty rooms, of light and shadow moving across floors and corners. They’re suggestive of Warhol’s “Shadows,” and as in those mysterious works, brushy washes of color do the hiding, keeping legibility just out of reach—just a few inches or minutes away.

Low, rectilinear wooden tables, inspired by the 19th-century designer E. W. Godwin, sit on platforms, and canary-colored monochromes, radiating gentle warmth, are framed with the same thin wooden lines. Tiny collages made with a few pieces of ripped paper recall Hans Arp and the Delaunays and serve as the blueprints for floor tapestries.

In this new work, boundaries are bleeding away, between design, art and décor but also between eras: Beaux-arts aestheticism and early modernism meet. It’s an immersive installation made with just a few judiciously used materials, a quietly rousing affair that suggests the artist is entering mid-career in top form.