A real rock ’n’ roll front man—someone who can sing, write, look awesome and ooze charisma—is rare, but New York City has produced its share — Joey Ramone, Debbie Harry, David Johansen, Thurston Moore, Julian Casablancas, all great. Arguably the greatest is Paul Stanley, who not only sold hundreds of millions of records and led the group ranked No. 1 on Hit Parader’s “Top 100 Live Bands” but who pioneered the concept of merchandising beyond hats and T-shirts and who will finally be admitted this year to the Rock and Roll Hall of Fame.

On April 8, the Queens-raised Stanley joins a packed bingo hall of AARP rockers in releasing a memoir, called Face the Music: A Life Exposed. The Observer nearly fainted talking to the Starchild about his book, music and New York roots.

You grew up in New York in the 1960s. What was it like to hang out and go to shows in the East Village?

The Fillmore East was a rock ’n’ roll shrine. On any given weekend, you got to see three great bands for $3, $4 or $5, depending where you sat. I saw The Who, Humble Pie and Derek and the Dominos, plus the Jimi Hendrix Experience twice. That and seeing The Yardbirds with Jimmy Page a few blocks away at the Anderson Theater was really my apprenticeship.

In your memoir, you describe being interested in a girl on Staten Island, and when her mother found out you were Jewish she kicked you out.

I grew up in an Irish neighborhood, and being a Jew was definitely a separating factor—we were aware we were Jews. When I went apartment-hunting in New York in the mid-’70s and wanted to look at apartments on Central Park and Fifth Avenue, the real estate agent told me, “I can take you to the apartments you want to see or the apartments that will let you in.”

Tell me about starring in the Toronto version of Phantom of the Opera.

Phantom of the Opera was a turning point in my life. I felt an incredible connection to the show, but I could never understand why. The fact that it was about somebody with a disfigurement who couldn’t get close emotionally to people — somehow that was lost on me, but the music was fabulous and I wanted to do it and felt that I could, which isn’t that different from when I saw the Beatles, and I had no knowledge of the guitar but I looked at them and said, “I can do that, I can touch that nerve.”

I’m going to fire the names of some songs at you, and you tell me any stories behind them: “King of the Nighttime World.”

Typical for Destroyer. A song with a movie-like feel to it, you know, epic in size and magnifying the persona of myself and the band. Very heroic.

“God Gave Rock and Roll to You.”

We were asked to do a tune for the sequel to Bill and Ted’s Great Adventure. I was familiar with the song, having seen the band Argent at the Fillmore East when I was a teen. The problem with “God Gave Rock and Roll to You” is it has a great chorus, but the rest was very hippy dippy trippy. So we basically rewrote it. It was a chance for us to work with [producer] Bob Ezrin again, who we had a interesting and fruitful and fruitless collaboration with in the past.

“Detroit Rock City.” I remember having my mind blown when you guys came out and played that on the Paul Lynde TV special.

Well, you can’t deny the physicality of what we do, lip-synched or not. Even now, that footage stands the test of time.

“Shandy” is from an interesting transitional period. It was inspired or influenced by two songs: Springsteen’s “Sandy” and a Joe Walsh song called “Tomorrow.” Music I’m a fan of often finds its way into what I do.

“Rock and Roll All Night.” This sounds like a simple pop song, but like so many KISS tunes there’s always a little hard part — the timing of that drum solo before the chorus is 3½ measures or something. How did you guys come up with that?

Um, we didn’t know you’re not supposed to. If ignorance is bliss, it’s been a great tool.

“Black Diamond” was a title I stole from Gene [Simmons] after he took “Christine 16” from me. The song was a fantasy; I certainly wasn’t privy to the life of a hooker. Then again, Brian Wilson never got on a surfboard.

One of the reasons I asked you about that song is because I could picture myself watching it on Burt Sugarman’s Midnight Special when I was a little kid and you were playing that Gibson L6. It was such a cool guitar.

Yeah, that one was actually a Midnight Special, which was the name of that guitar and it was very similar to an L6.

So the guitar was called Midnight Special just like the show?

Yeah, and not because it had anything to do with the show. It was one of Gibson’s attempts to do a bolt-on neck in the early days to compete with Fender.

I always thought that song was brilliantly written, cool, funny, interesting, and then years later when the Replacements covered it on their classic Let It Be, I was reminded. Strip away whatever anyone brings to the table when they think about Kiss, it’s just a great song. So how did it feel to see really great bands, critics’ darling type bands, pay such respect to Kiss as songwriters?

When people who have been inspired by what we do, what I do, that’s very validating. Doing “Hard Luck Woman” with Garth Brooks was a terrific time. 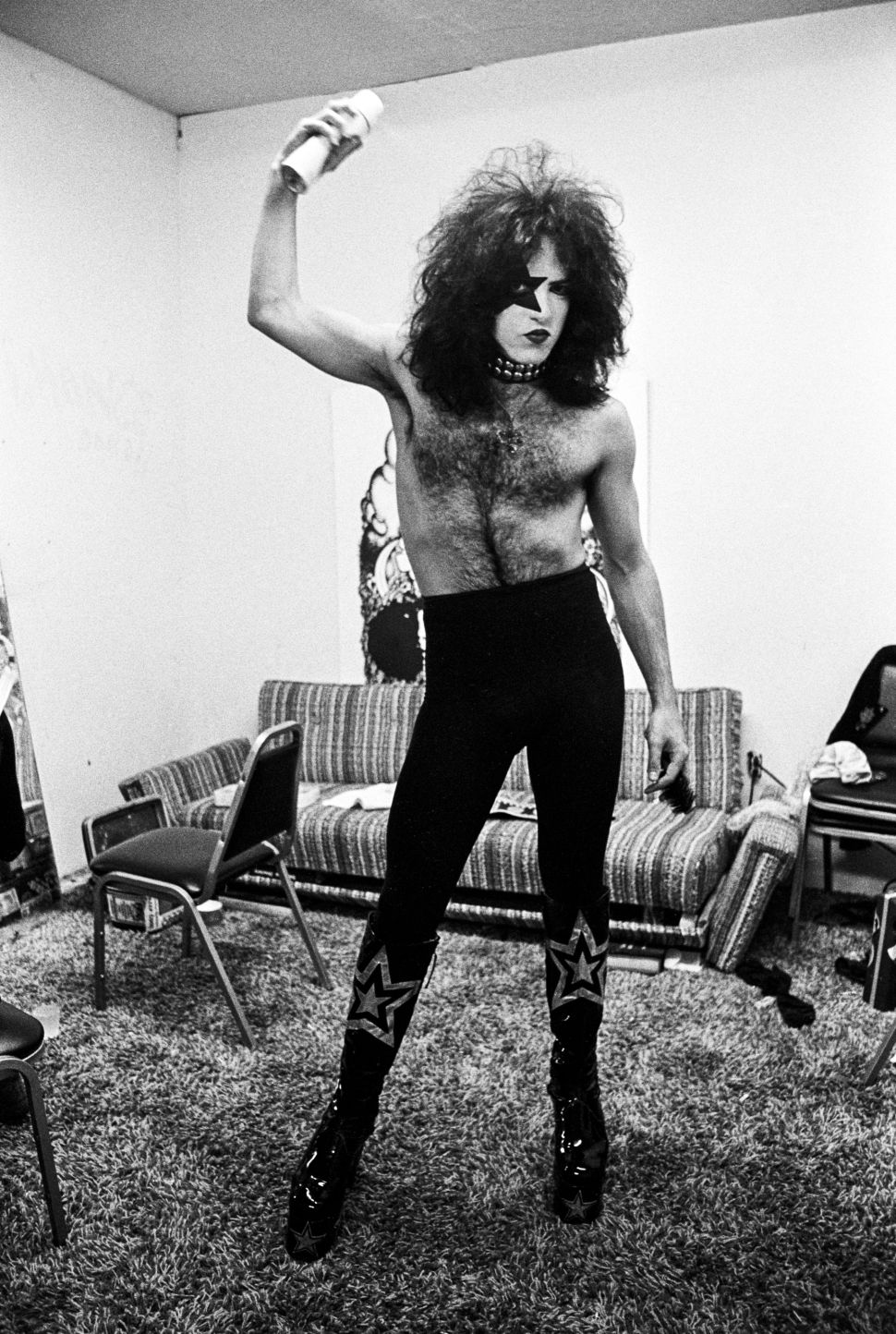