There was a time when Passover meant putting down our iPhones and celebrating our ancient Jewish heritage over Bubbie’s classic matzah balls.

But it’s 2014, and technology has started making a comeback at the Seder table. JDate made dating profiles for Moses and the Pharaoh. The famed Bronfman Haggadah debuted in app form. So it shouldn’t come as much of a shock that hordes of Twitterers are using #SederUpdates to live-tweet their Passover dinners.

It takes a Wicked Son to live-tweet the Seder. It takes a Simple Son to get caught doing it. #SederUpdates

Made excellent use of the #pesachproblems and #sederupdates hashtags last night 😀

Thank heavens our people escaped from Egypt so we could one day send out tweets like these.

Matzah makes us gassy, too:

The Jewish people’s enslavement in Egypt was nothing compared to this guy’s problems:

Whyyyyy is seder still going on? So much left 😰😭😣 so tired! #pesachproblems #SederUpdates

This guy might be doing the Passover thing wrong:

I'm nearly twenty. It's not okay that I still jump with excitement when I get to open the door for Elijah at Seder. #SederUpdates #Pesach

.@bianca_muswell1 has lost the bitter herb in her salad #SederUpdates

Time for the parsley #sederupdates

The cons of having a grandma with dementia – no one, including her, knows where she put the afi-komen, or if there is one. #sederupdates 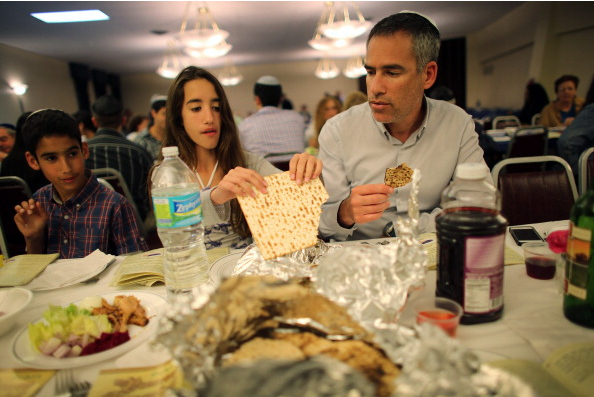