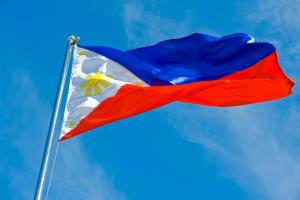 The flag of the Philippines.

The Filipino Department of Foreign Affairs (DFA), the National Commission for Culture and the Arts and the Department of Tourism, in partnership with the Office of Filipino Senator Loren Legarda has announced that the Philippines will participate in the 2015 Venice Biennale, according to Art Radar Asia. This will be the country’s first national pavilion in 50 years.

This will be the country’s second-ever pavilion, after their first and last at the 32nd biennale, in 1964. The curator for the event is American-based Fulbright Scholar and Ford Foundation Fellow Dr. Pearlie Rose S. Baluyut. According to ARA, “Dr. Baluyut has extensively studied and researched on modern and contemporary Filipino art, and her interests include visual culture within the contexts of colonialism, nationalism, diaspora/exile, art patronage and propaganda in popular media.”

A panel of five local and foreign art professionals will review and choose a group of artists whose work fits with the pavilion’s intended curatorial theme. Neither the jurors nor the artists have yet been chosen, but the DFA has issued an open call for Filipino artists residing in or out of the country and working in a wide range of media from painting to performance.