NEWARK – A feast of political insiders, including Gov. Chris Christie and five former governors this evening toasted former Gov. Brendan Byrne on the occasion of his 90th birthday.

Byrne entered the room to a standing ovation with his wife Ruthie.

The man of the hour and his bride made their way to the front of the room, to the head table, where the sitting governor, former governors Jim McGreevey, Donald DiFrancesco, Dick Codey, Tom Kean, and Jim Florio, TV personality Joy Behar and Lieutenant Governor Kim Guadagno awaited them.

The roomful of fork and knife clinkers raised $110,000 for education awareness.

“There’s no pressure on me tonight,” Christie said, giving a nod down the table to a stone-faced predecessor.

When the laughs abated, Christie said Byrne routinely checks to make sure his portrait is still exactly where he wants it to be.  “He’s got that prime spot as you walk in the front door. He comes in and he’s half expecting I will have moved it,” Christie said.

The Bridgegate-bruised sitting governor drew a murmur of nervous laughter when he said of the once- named “One Term Byrne,” “He’s somebody who showed political comebacks can actually happen.”

Seated next to his mentor turned critic turned uneasy same party personage Kean, Christie told Byrne he loves him and called him a New Jersey treasurer.

New Jersey guitar legend John Pizzarelli of Paterson serenaded the former governor with an upbeat version of “I like Jersey Best,” then provided the riffs accompanying the scene changes as new speakers occupied the dais.

“There was a time in this state when 96% of the people in this state knew who I was,” Byrne cracked. “And four percent thought I was doing a good job.”

The 90-year old governor delighted at the parade of jokes about his age, including the Civil War and horse and buggy references.

“I’ve survived 90 years, I can survive another half hour,” Byrne said. “I hope to have a similar dinner like this ten years from now, and you’re all invited.” 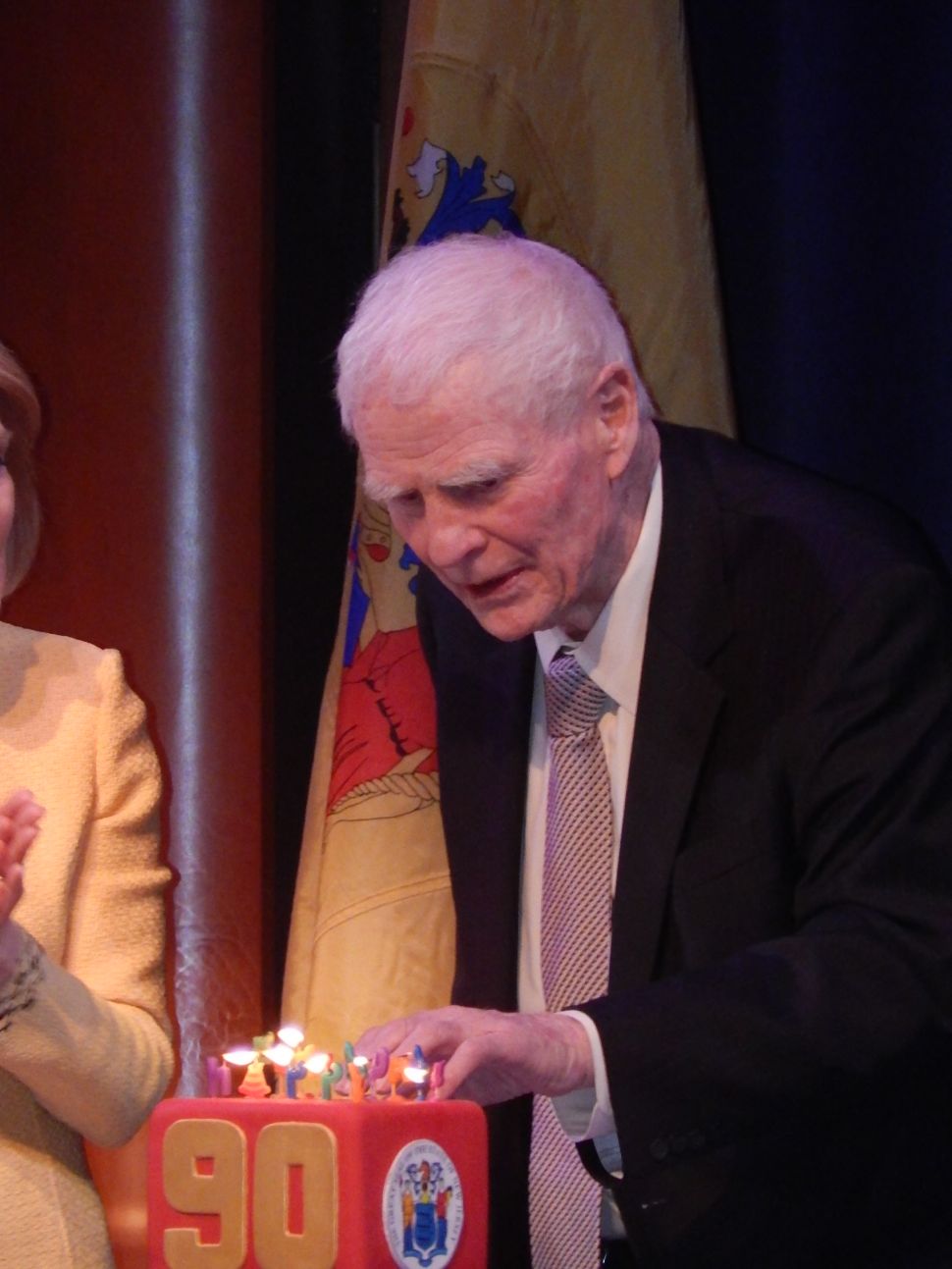