In Episode 1 of The Pied Piper of Park Avenue, seniors from the most prestigious private schools in Manhattan walked out of school and filled a convoy of their parents’ SUVs with $6,000 of food and delivered it to a food bank in Harlem. Their parents were furious. The kids promised not to do it again.

The next day, when the seniors of Manhattan’s elite private schools walked out after lunch, no one thought it was a flash mob. A Chapin senior had shared the plan with a junior she hoped to sleep with, and the junior decided to score some points by telling a teacher, and from there the news moved quickly. To the headmistress. To the lawyers.

Within hours, the heads of the elite schools and Hays Nolan, who was Henry Kravis’s lawyer and a member of the Brearley board, were on a conference call. What to do? Someone suggested making an announcement: “We know what you’re up to, and…” And what? Call their parents? And tell them what? The next bad idea: a lockdown, a prudent response to a “threat” that would never be confirmed. That was quickly rejected. Silence descended.

Over four decades Hays Nolan had seen many looming disasters, and his advice rarely varied: Don’t rush to respond. That’s what he suggested now. “The kids are putting on a show, and it’s a good one. But it has a half-life. This time, they’ll discover it doesn’t matter what they do, only who they are. TV and the Post will go after them as spoiled rich kids — and in the glare of the bright lights, they’ll fold.”

So school administrators busied themselves at their desks as their seniors streamed out after lunch and again made their way to 86th Street and Park Avenue. Again the marchers were exuberant, chanting “PEOPLE FIRST! PEOPLE COME FIRST!” and making videos for YouTube, flipping their photos onto Instagram and mugging for the TV crew.

This time the march was followed by a single SUV. A smaller food donation? Hardly. There were gasps — first from the TV crew, then from some of the marchers — when the kids started to pile their gifts in front of the Salvation Army store on Lenox Avenue.

A Birkin bag. A fur coat. Dresses that had been photographed at the Ballet Gala. Men’s suits. Shirts that would have been at home in Gatsby’s closet. Women’s shoes, several pairs flashing red Louboutin soles. Nikes that looked as if they’d never touched the pavement.

The women who worked at the Salvation Army knew what a Birkin bag was because they’d read on Page Six that Jay-Z had spent $350,000 on them for Beyonce one Christmas, but they’d imagined that bought enough Birkins to fill a closet. They had no idea what it would cost to buy the Birkin Capucine Togo Leather model with Gold Hardware that was sitting on the sidewalk. But the TV crew had an idea, and the cameras went close-up on the bag, which they quickly discovered belonged — correction: used to belong — to Lisa Brandt, wife of the CEO of Palomino Management.

Dinner chez Brandt was a simple coq au vin that night, but the real meal was sure to be Tina’s conversation with her father. David wanted to talk about the march. Tina wanted to turn her defense into an attack. Lisa, wanting neither, jumped in first.

“So I called, and told the Salvation Army about the misunderstanding…”

“It wasn’t a misunderstanding,” Tina snapped. “The Birkin was a gift.”

“And did you have any idea,” David Brandt said, struggling for the calm, even tone that has been so highly praised by business media, “that we could have had you arrested for theft?”

Lisa made a second attempt at peacekeeping: “Don’t you think the embarrassment is punishment enough?”

Tina shrugged. Parental disapproval was new to her, but it got old fast.

“Punishment,” she said, and her tone was drenched in contempt, “is not a concept you guys have the least clue about.”

David and Lisa took this as criticism of their parenting, which had been passive in the extreme. Tina meant something else: unpunished Wall Street criminality, not excluding Palomino Management.

“You know about what Apple does in Ireland?

“You think it’s okay that they register in Cork but they say the company isn’t a tax resident of Ireland — or anywhere?”

“So they’ve got about $100 billion tax-free dollars parked there while the people who make their stuff in China are jumping out of windows.”

“If corporate taxes were lower, they’d bring it back.”

“Corporate taxes are low, Dad, once the accountants dive in.”

“Wait a minute, Miss Holier-Than-the-Pope. You’ve got the 5s, the super-thin MacBook with retina display and an iPad Air — if you’re so outraged by Apple, why contribute to corporate crime?”

Tina was in no way interested in pledging allegiance to Samsung. So she deflected: “Compared to yours, my crimes are minor. Giving away maybe… oh…$30,000 of your stuff…”

“I’ve heard you at parties.” Tina puffed herself up, waved an imaginary wine glass in imitation of her father talking to friends: ‘If you have less than $700 million…well, really, you just have no hedge against inflation.’”

That was when David shot out of his chair, hands trembling. When Tina cowered. When Lisa began to hyperventilate.

David left the table and went to his study. He called the headmistress of Brearley. “This is no prank,” he told her. “She won’t apologize. She’ll do it again, and she’ll call it income redistribution or economic justice or some other cute bullshit she picked up at your school. And I have no idea what to do about it. So you’d better get on the ball, Missy, and be quick about it.” 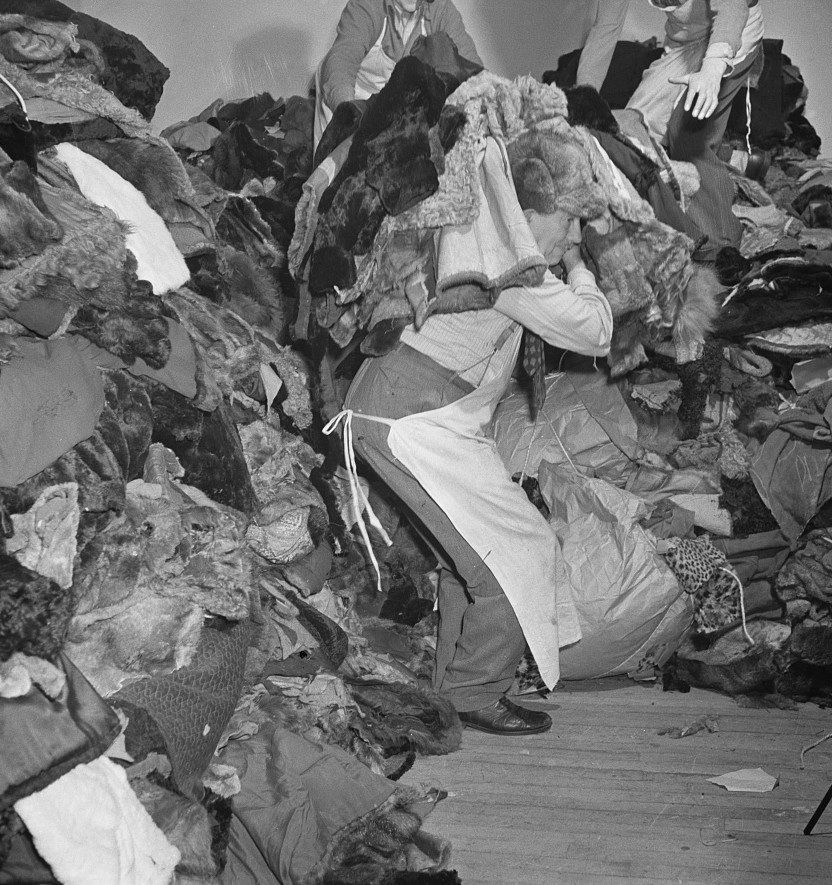