SOMERSET – At least a dozen critics of Gov. Chris Christie were picketing outside of his latest town hall event to call attention to what they charge is the governor’s practice of wasting taxpayer dollars.

The groups, which have become a staple on Christie’s town hall circuit, charge the governor with wasting millions of public funds to promote his own political agenda, said Dena Mottola Jaborska, of New Jersey Citizen Action.

“Time and time again,” she said, the governor has used taxpayer dollars for the purposes of “promoting Chris Christie instead of helping the people of the state.”

The governor’s internal Bridgegate review reported to cost more than $1 million, his appearance in taxpayer funded Superstorm Sandy recovery ads and spending $12 million on a U.S. Senate special election are some of Christie’s “most egregious” wastes, Jaborska said.

The protest outside of the Somerset town hall coincides with Tax Day.

The other group in attendance is the left-leaning New Jersey Working Families Alliance.

The governor is expected to hammer Assembly Democrats and Speaker Vincent Prieto (D-32) at his latest town hall for the Democratic leadership’s refusal in the lower chamber to concur with the governor’s conditional veto of the expired interest arbitration cap for unionized police and firefighters. 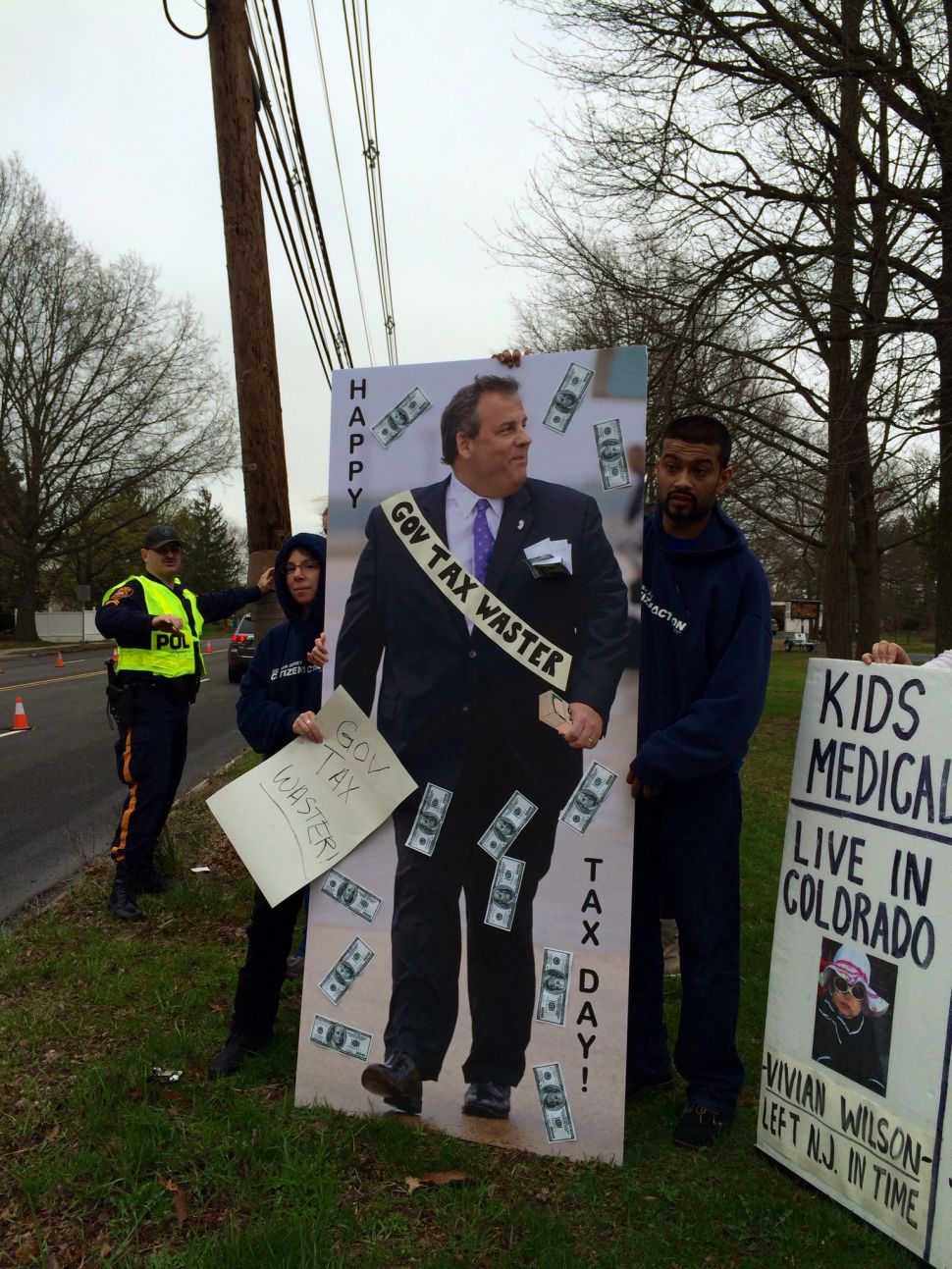