Concerned about the impact of a court ruling yesterday, New York City religious groups rallied on the steps of City Hall today calling on Mayor de Blasio to ensure that religious groups can rent space to hold services in public schools.

“We are in dialogue and discussions with him,” Bronx Councilman Fernando Cabrera said of the mayor, who spoke in favor of the religious organizations while visiting PS1 in Chinatown yesterday. “I’m very hopeful that the mayor will do something as early as next week.”

Mr. de Blasio reiterated yesterday that he believes religious groups should be entitled to hold services in public schools like any other group. But following yesterday’s U.S. Second Circuit court of appeals ruling, which reversed a lower court’s order deeming a ban on the groups unconstitutional, religious groups want more than Mr. de Blasio words of opposition; they want him to officially change the city’s policy to ensure the groups are allowed to stay.

While about 30 groups currently hold permits to worship in city schools, according to the city’s Department of Education, the church groups that use public school spaces are worried that they may be left without a place to worship two weeks from now, when they expect the new ruling to formally take effect–just around Easter weekend.

The administration has not indicated in any way that it plans to boot the church groups, even if it can.

The dispute between the city and clergy groups goes back for years, and includes a decision by the United States Supreme Court in 2011 denying further appeals in the case.

But Mr. Cabrera said he was optimistic that a new appeal could be heard, if the city decides to renew the ban.

“The fact that it was denied last time hints at an even greater possibility and probability that they will take it on,” he said. “This is a pressing issue; I’m hopeful that we don’t have to get there … But it’s one of our options.” 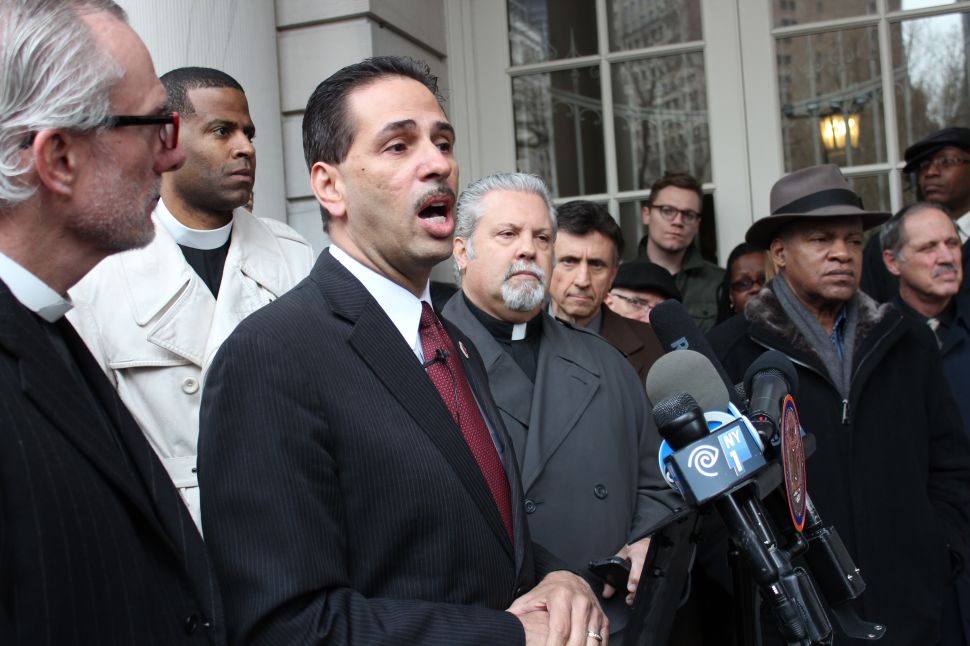