This week on Silicon Valley, Jared Dunn dropped by to congratulate Richard, but Erlich told him to take a hike. Then, someone ordered a stripper named Mocachino, making the guys (and everyone else with a pulse) highly uncomfortable. Richard and Erlich met with Peter Gregory and blew it. Richard then decided to bring Jared aboard since it seems nobody in the “incubator” actually knows how to run a business.

In an effort to clean up shop, Jared made all of the guys explain their value to the company. Big Head shot himself in the foot by repeatedly insisting that he wasn’t that valuable to the company. Richard fought for Big Head, then Big Head ended up taking a deal from revenge-hungry Gavin Belson to make $600,000 a year. But Big Head didn’t end up being a total traitor — he let slip to Richard toward the end of the episode that Hooli is now trying to replicate his algorithm.

Molly: Let’s talk about Mocachino. How uncomfortable was that scene?

Jack: I thought the “nerd tells stripper he’s in love with her upon first interaction” joke was a little easy.

Jordyn: As were the “traditional Indian man is afraid to interact sexually with a woman” jokes.

Molly: The whole thing just fell back on stereotypes without adding much value. It was great when Mocachino rolled her eyes at them and said, “God, I hate Palo Alto.” And the fact that she used Square to process Richard’s AmEx was a nice touch.

Molly: Yeah, both Mocachino and Maya Rudolph’s characters have black male handlers, too. What is that about? It’s weird. Like, of all the ways to introduce the first black characters into the show, it had to be a bouncer and a stripper?

Jack: Right, like, “How are we going to get a black character in here…”

Molly: They weren’t saying anything interesting or groundbreaking with it. It was really just reinforcing stereotypes. But maybe the point was to make the audience really look at the divide.

Jack: They missed the opportunity to really put that in our face, though.

Molly: Right, like in the first episode of Mad Men when the white maitre-d’ is humiliating the black server and you’re meant to be like, “Wow, this is how it really was back then, and it’s terrible.” In this case, none of that social commentary was going on. It’s kind of just like, LOL A STRIPPER.

I did like the line when one of the guys is like, “The first woman I touched was a postman lady.” And they’re like, “A post-man lady?” That was clever.

ERLICH: FULL OF SHIT OR GENIUS?

Jack: I wonder if every episode we’ll see Richard correct or clarify Erlich. Jobs vs. Wozniak, Teutonic vs. Tectonic.

Molly: I love how everyone seems to know Erlich is full of shit besides Richard. I don’t know why Richard puts up with him. Everyone else knows he’s a dumbass.

Jack: I think Richard has a second layer of understanding. Like, Erlich is full of shit, but he’s also got this Wu-like clarity. Like the “be an asshole” thing is heavy-handed, but he’s totally and completely right.

Jordyn: But of course he had to phrase it as, “Stop being a pussy, start being an asshole.” 🙁

Jordyn: Let’s talk about Richard’s meeting with Peter Gregory where he acts like a sad, pathetic college freshman.

Molly: Didn’t you just want to shake him? Like if I were to try and start a company, I’d show up with some paperwork to show for it. But thank God Jared is back. These guys need someone to tell them how to tie a tie.

Jordyn: Then he goes home and looks up “business plan” on Wikipedia. Kind of like what I do every time someone asks me to write an article on bitcoin.

GABE FROM THE OFFICE

Jack: I hope Jared keeps trying to explain why he’s so thin. That he looks like a ghost, or he had a wasting disease.

Jordyn: I still keep calling him Gabe [from The Office] in my mind. I also think his character is basically the same as Gabe.

Molly: Remember we saw him at the airport leaving SXSW?

Molly: He had a short arc on Veep where he played more of an asshole. I like him better when he’s nice and unassuming.

Jack: I think my favorite part of the episode is Big Head essentially firing himself in the meeting with Richard and Jared. Just continually stressing how unimportant he is.

Molly: Maybe he did it on purpose because he’d rather coast at Hooli than have to build something from the ground floor.

Jack: And then they have him walk in on them talking shit over and over again. It’s such a simple gag, but they pulled it off so well.

Jordyn: That was so well done.

THE OTHER GUYS ARE WEIRD

Molly: Can I just say I hate the guy with the long hair and glasses, Gilfoyle? He’s such a little shit.

Jack: I’m in love with him. But his programmer rant was righteous. I think a lot of programmers feel the way he does.

Molly: Yeah, well, even the most mediocre among them make three times what most people do so I don’t feel bad for them at all.

Jordyn: I love how Dinesh just ripped Gilfoyle apart in his interview.

Molly: That was so funny. Wait, guys, Gilfoyle was in Freaks and Geeks: But he looks totally normal IRL: Jordyn: WHAT? That’s HIM?

Molly: Congrats to him for not really looking like Gilfoyle.

It was funny how Dinesh and Gilfoyle just rip each other and everyone else apart all the time, but Big Head and Richard can’t bring themselves to be critical. Richard can’t fire Big Head. Big Head can’t even tell one white lie about his own value to the company.

Jack: I love Jared Dunn’s PTSD over Gavin Belson. Asking permission to go to the bathroom, apologizing for falling asleep.

Molly: Gavin Belson is such a nut, I love it. I like how his spiritual advisor tells hime, “In the hands of the enlightened, hate can be a tool for great change.” Oh, you’re allowed to be mean because it’s a meritocracy and you’re at the top.

Jack: That has to be a TED Talk already.

Molly: Also, it was great when Gavin Belson said to his giant audio Siri, “Play John Lennon’s ‘Imagination'” when he sensed a poignant moment coming on, and it was like, “Now playing: John Wayne, ‘In a Mansion.'” It was so funny to see such a tech bigwig having the same bratty temper tantrum we all have when Siri misunderstands us.

Anyway, that was kind of the theme of the episode: being mean or ruthless in order to do “good.” “Good” in this case means make money, of course. But at least Erlich is up front about it and just says, “You have to be an asshole.” It’s so lame to pretend you’re only doing something bad because you’re enlightened.

Jordyn: I got the sense that Richard FINALLY got it at the end, when Gilfoyle asked for Big Head’s shares. And Richard was like, “I get them!” That was his breakthrough point.

It definitely broke the monotony of the endless nerdiness.

Jack: And now Hooli is going to steal his algorithm! Hooli is like the villains in the Goodburger movie, Mondoburger.

Molly: How about Big Head? WTF? What would you guys do in that scenario? Take the $600k or work with your friend? Everyone wants to think they’d work with their friend and build something new, but it’s such a tough choice.

Jordyn: I mean, in the end doesn’t everything come down to money? No matter how hard we try to be idealistic, it’s all about money in the end. This is like the Karl Marx vs. John Stuart Mill essay I had to write in freshman year of college.

Jack: The whole team wants him out.

Jordyn: Well, Big Head has no self worth.

Molly: I think he’s kind of lazy. He just wants to float. He’s definitely taking the Hooli deal because it will require less work overall, he has no interest in revolutionizing anything. He’s more interested in stability than in getting in on a new startup on the ground floor.

Jack: And win the heart of Mocachino, let’s not forget her. She’s a valuable and important character they’re going to develop and preserve.

Molly: Oh, yeah, he went to her house. How did he even know where she lived?

Jordyn: I think there’s more we have to learn about Big Head.

Jack: I can’t believe Nipple Alert hasn’t made him a millionaire.

Molly: How would that even work?

Tune in next week when we paste wigs on our TV screens to pretend there’s more than one recurring female character. 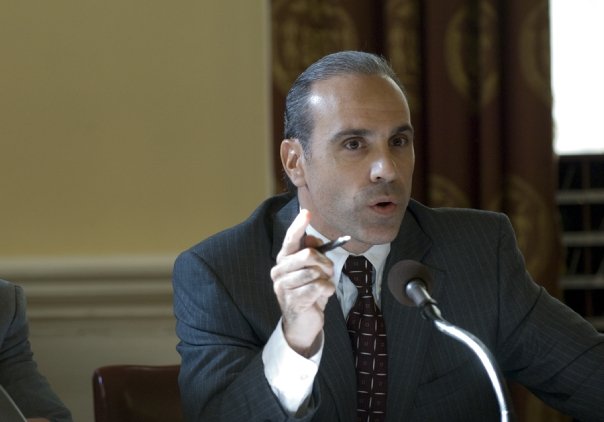