Slow down, you’re moving too fast. That’s the message from the de Blasio administration to Atlantic Avenue motorists.

Polly Trottenberg, the new commissioner of the Department of Transportation, today announced the first salvo in Mayor Bill de Blasio’s war against pedestrian fatalities: a slow zone that will knock the speed limit on a roughly eight-mile stretch of Atlantic Avenue from 30 to 25 miles per hour.

“We’re going to be demonstrating our commitment today to Vision Zero and declaring once again the de Blasio administration wants to reduce fatalities across New York City,” Ms. Trottenberg said at a press conference on a bustling triangle between Atlantic and Washington Avenues, referring to a plan that aims to eliminate traffic deaths in the city altogether.

Ms. Trottenberg said this slow zone, known as an “arterial slow zone” because it spans a major traffic artery, would be the first of 25 across the city. In addition to the speed cut, traffic signals on the stretch will be retimed to reduce speeding and NYPD enforcement will be increased.

Running from the Brooklyn waterfront to Woodhaven in Queens, Atlantic Avenue is a notorious thoroughfare for speeding, officials said. Citywide, so-called arterial roadways make up 15 percent of total roadway mileage but account for 60 percent of pedestrian fatalities, according to DOT statistics.

The Vision Zero initiative–an uphill quest to cut pedestrian fatalities to zero–is the hallmark of Mr. de Blasio’s transportation policy, and comes as he says traffic fatalities threaten to outnumber homicides in New York. Democratic elected officials across the city have embraced the plan and the DOT is currently holding Vision Zero town halls with pols to solicit community input.

“We are saying that we can have a smooth traffic flow of vehicles without having a reckless and senseless traffic flow of blood to innocent people who lose their lives due to traffic-related accidents,” said Brooklyn Borough President Eric Adams, a Vision Zero booster. “This is an important measure. Brooklyn and Queens have the unfortunate title of having the largest percentage of accidents related to deaths due to vehicle accidents. We don’t want that title.”

But Ms. Trottenberg remained hopeful that the city would eventually secure the 160 cameras it has requested from Albany.

“New York City’s opening position is we’d like to have local control over the number of speed cameras we deploy and where and when we deploy them. That’s what we think is the fair thing,” she said. “We didn’t succeed [getting the cameras in the state budget just passed] but the governor’s pledged it’s still on the agenda so we’re hopeful we’ll see some success there.” 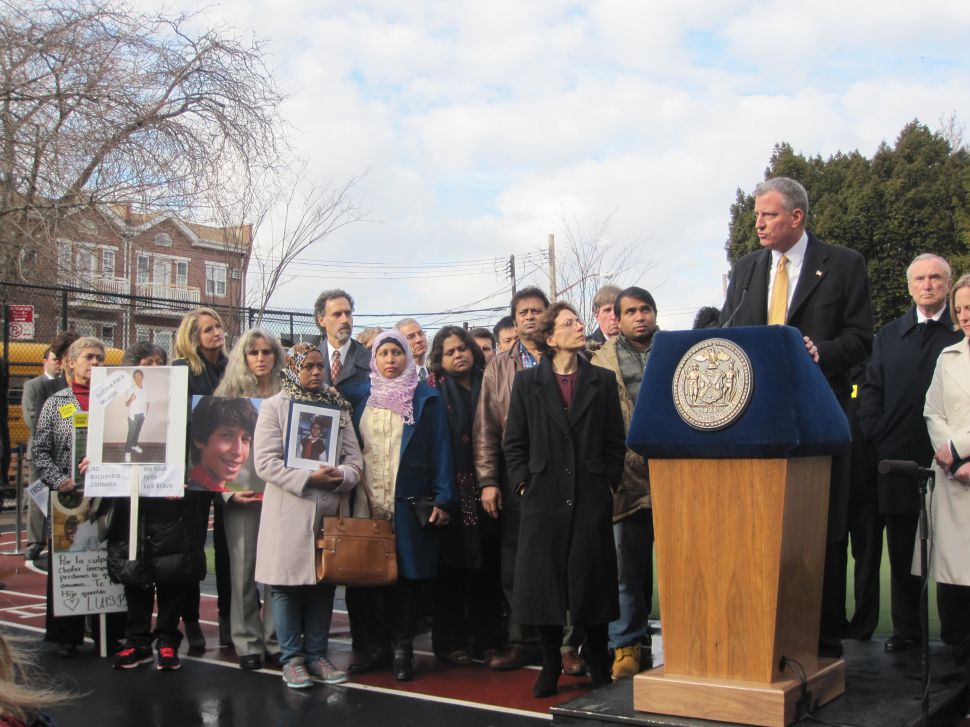