Squarespace has been growing rapidly, and needs the cash on hand to sustain that growth. With more and more users, and now 285 employees, they could use the $40 million for basic business needs like more real estate for their New York City offices.

Competitors in the website services field have been raising enormous sums of money and going public, leaving Squarespace with some catching up to do.

Overnight success, 10 years in the making

Squarespace was born a decade ago in a dorm room, and spent seven years running on a bootstrapped $30,000 before they were able to raise a $38.5 million Series A.

“Before we received that investment, we were running off of a platform I created in my dorm room,” Squarespace CEO Anthony Casalena told Betabeat. After that Series A, they relaunched their services with a major overhaul in 2012, and have seen meteoric success since.

As is often the case with hot companies, they’d been approached repeatedly by investors without finding the right fit.

“When you go out there and look for outside capital, it’s important that a firm has an understanding of what the company does,” Mr. Casalena said. “It sounds pretty basic, but not everyone really understands what makes a certain company special.”

When General Atlantic proved to Mr. Casalena that they understood Squarespace’s business and goals, he began to open up talks about a Series B investment.

Growth equity comes in at a later stage in a company’s development, after they’ve demonstrated success. Taking growth equity is generally for companies going through major expansion and transformation, possibly before going public.

General Atlantic manages $17 billion in capital, and has made a few choice investments in tech companies like Facebook, Box, Gilt and Priceline. That they’ve decided to invest in Squarespace now is telling of the growth potential they see in the company.

Squarespace focuses on minimalism and sleek design, but is building more and more of their tools out from their simple site-building services. Squarespace is improving services like analytics and eCommerce in order to provide a complete suite of tools.

Many web design sites focus on blogging, or ecommerce, or design as their priority, where Squarespace wants to make each of those things a “first class citizen” in their content management system. Mr. Casalena’s ambition is that Squarespace is the best place not only for a personal website or a business website, but any website — to address every part of that spectrum. 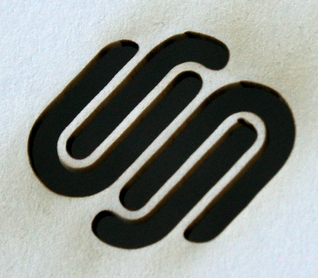