NEWARK – State Senate President Steve Sweeney (D-3) said on Monday that he has yet to support a candidate in the Newark mayoral race.

PolitickerNJ.com previously reported that several Democratic sources indicated that Jeffries conversed with Essex County Executive Joe DiVincenzo and with allies of South Jersey power broker George Norcross III regarding his political future. These sit-downs suggest an alliance between North and South Jersey to ensure Jeffries’ victory in the May Newark mayoral election, just 35 days away.

Fulop’s endorsement of Baraka in February sent shockwaves across the state. But when Sweeney was asked by PolitickerNJ.com if the involvement of Fulop, his potential rival for the Democratic gubernatorial nomination, increased his interest in the Newark race, it caused a ripple.

“The people of Newark should work to ensure that they get the mayor that they want,” Sweeney added. “When [former Newark mayor] Cory Booker left, he had done a great job here, in my personal opinion. Now it really comes down to who Newark wants to the be the next mayor.” 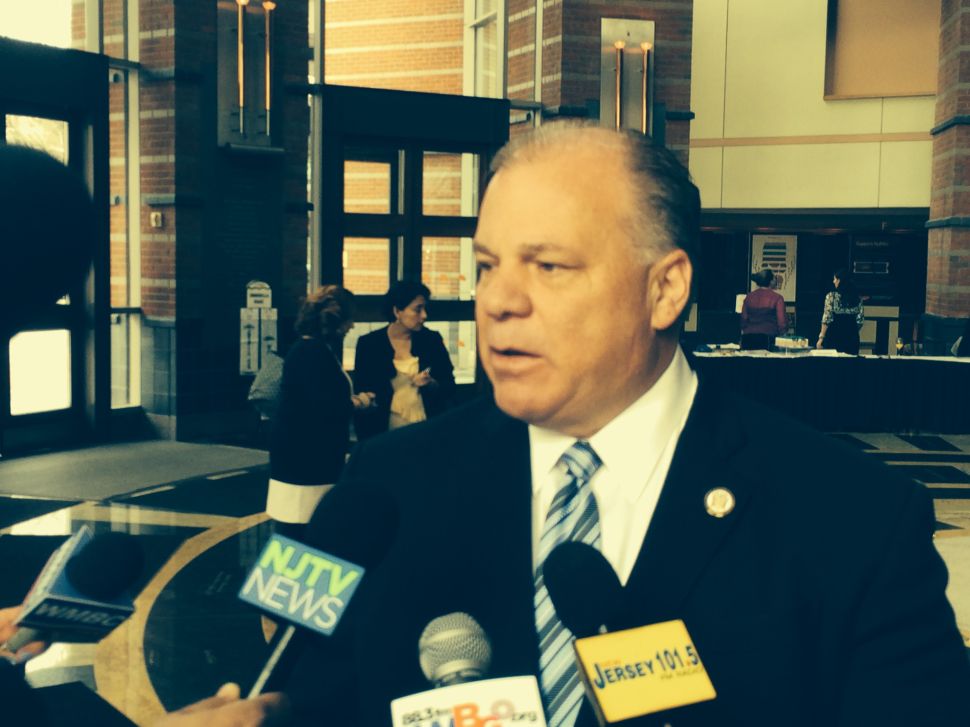