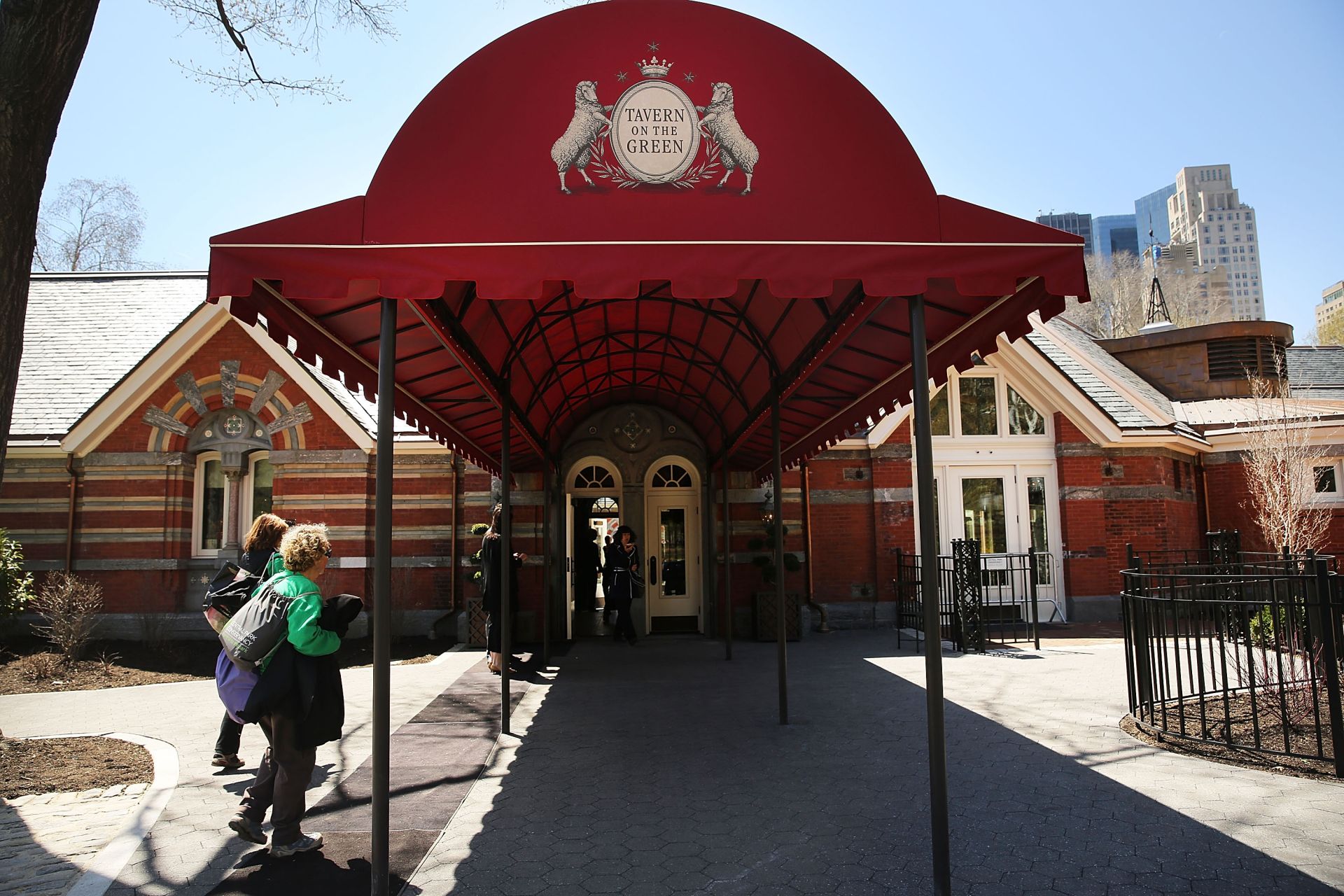 The sheep's head tent greets guests to the reopened Tavern on the Green, originally designed to house the lambs in Central Park's Sheep Meadow. (Getty)
<> on April 24, 2014 in New York City. 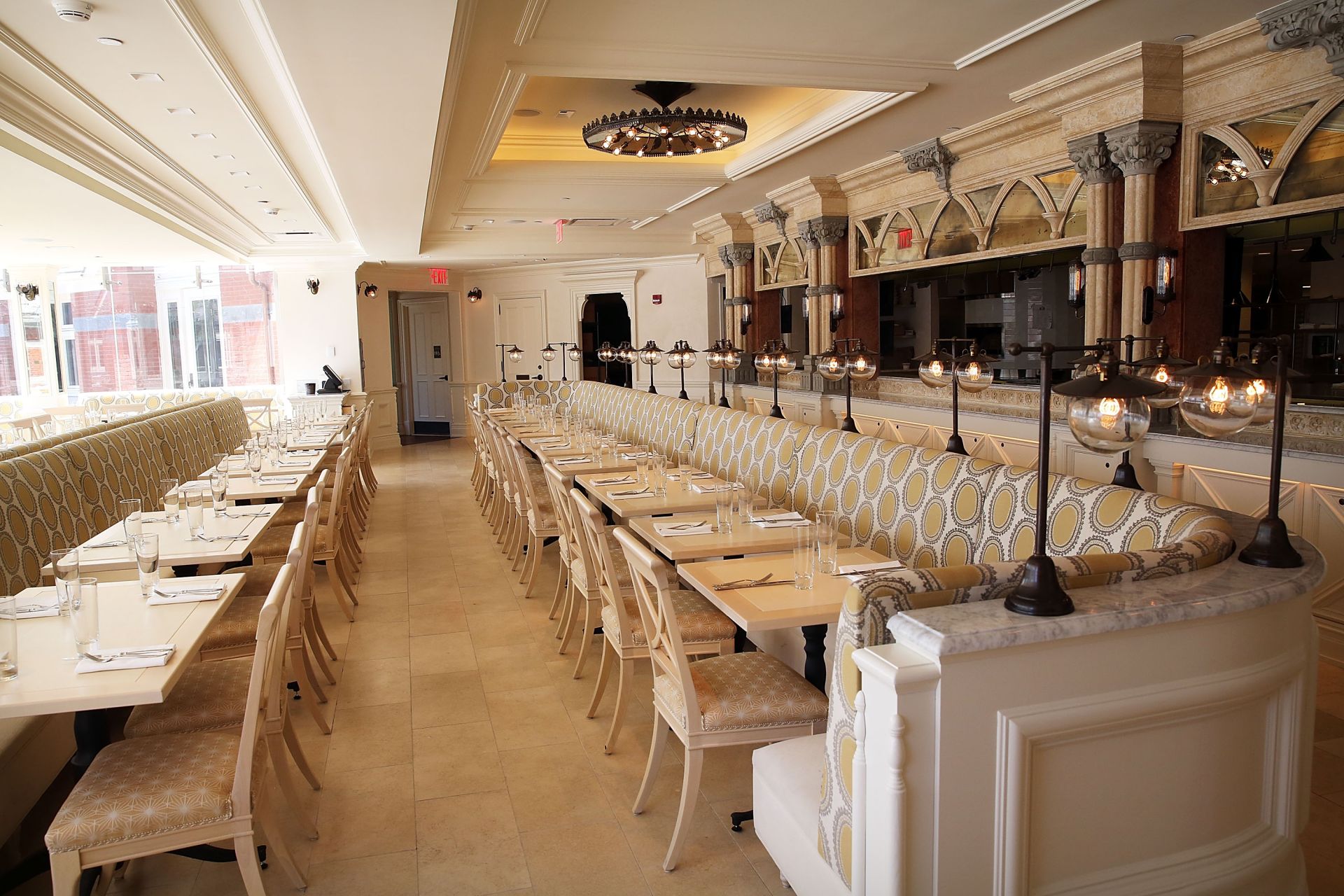 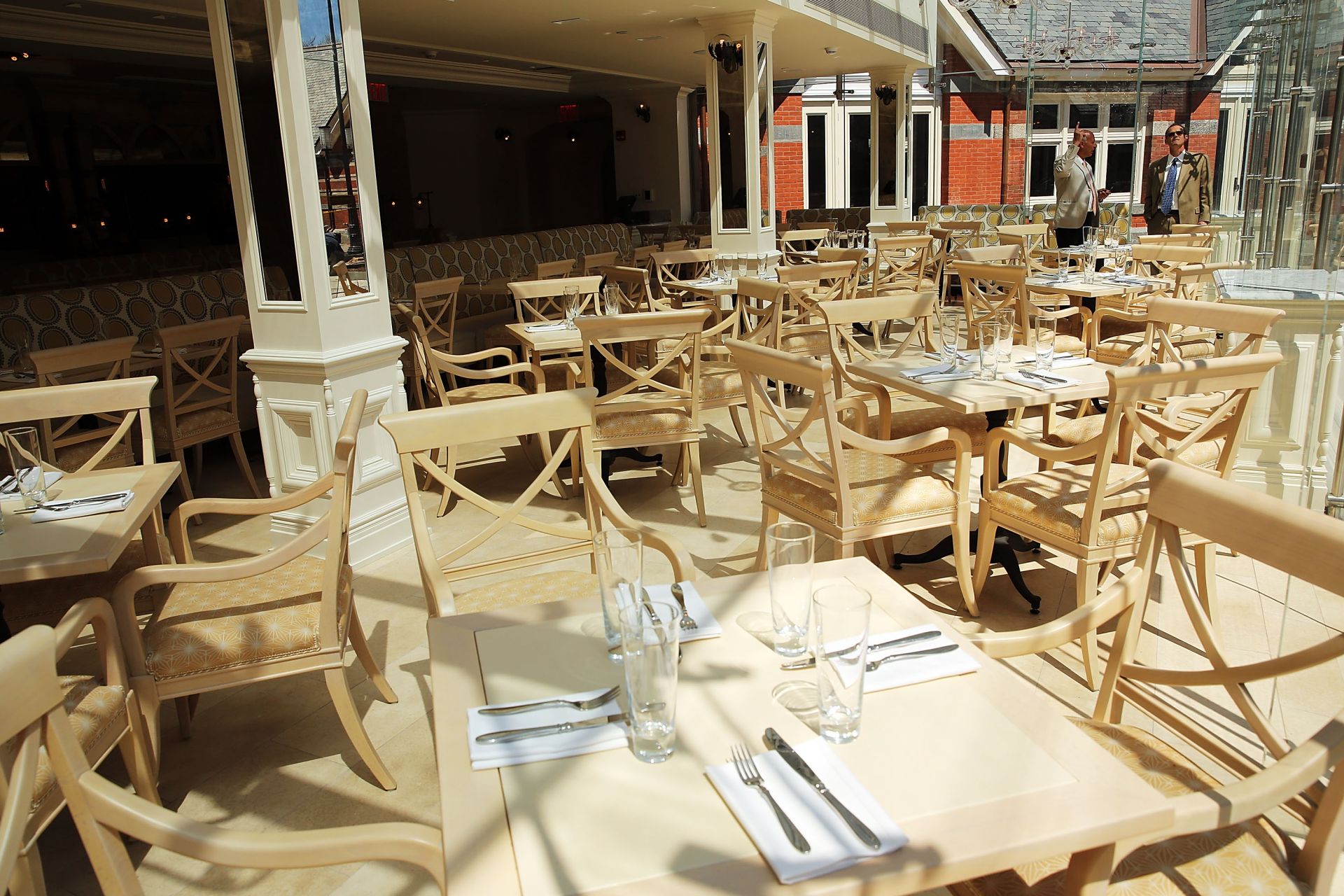 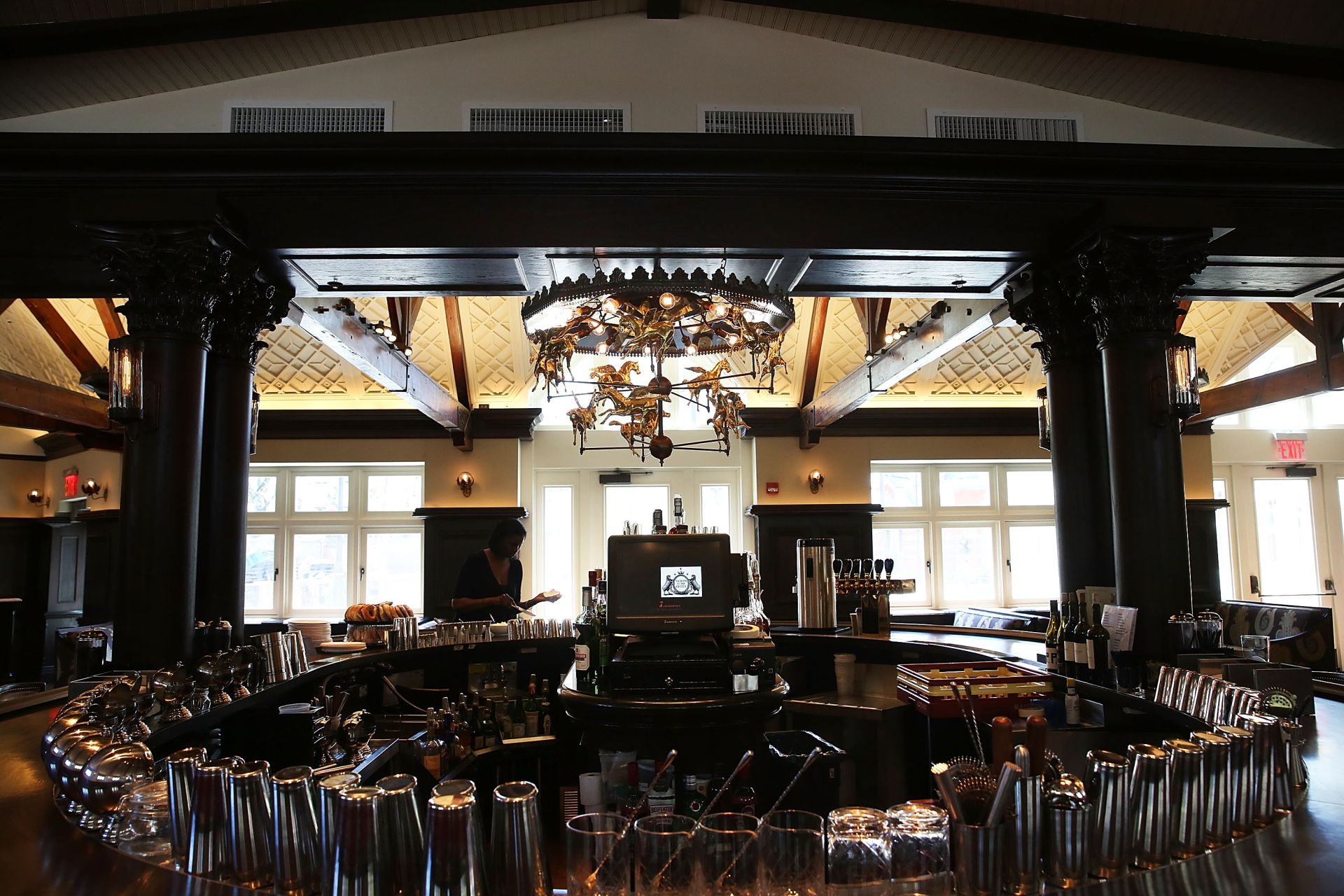 The handsome mahogany bar. Not seen: the sheep's head on the fireplace. (Getty)
<> on April 24, 2014 in New York City.
Advertisement 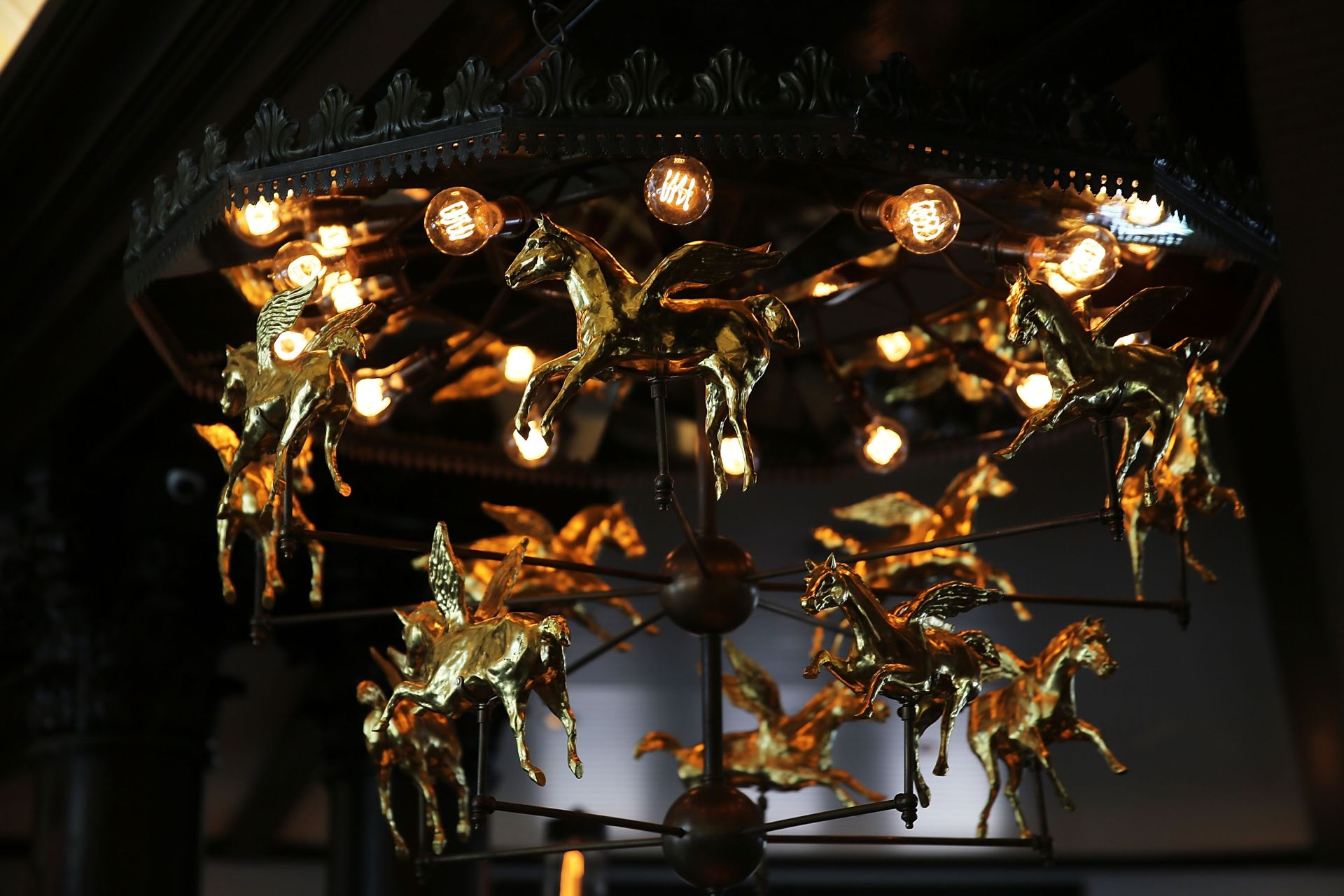 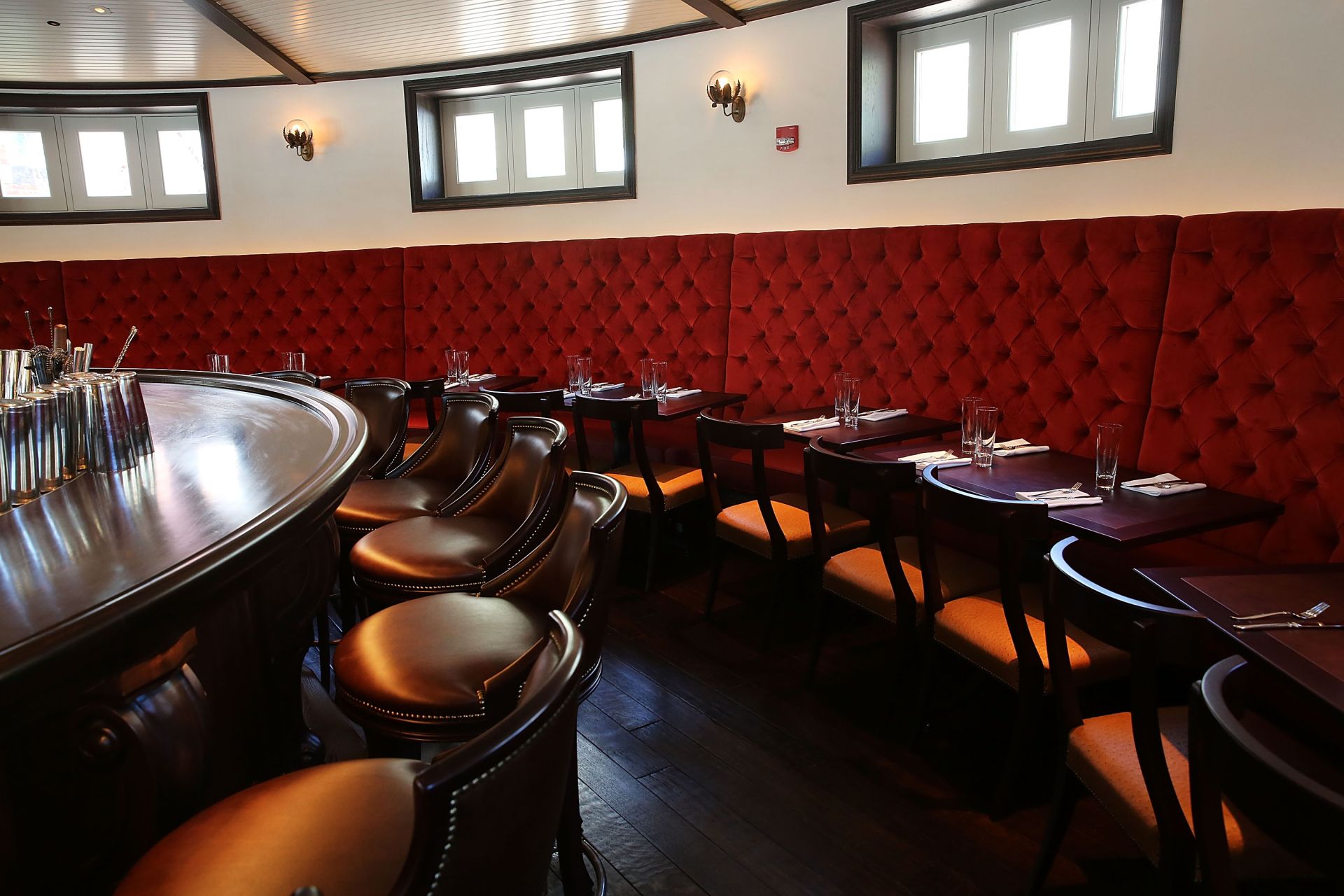 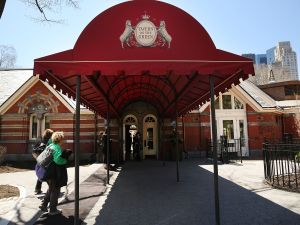 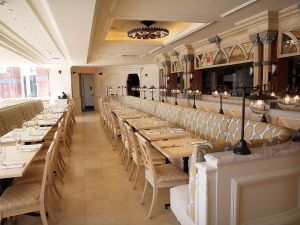 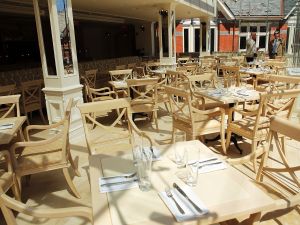 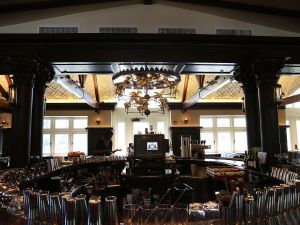 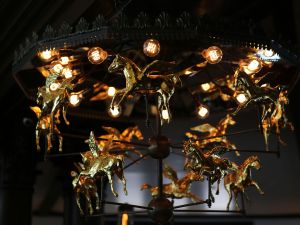 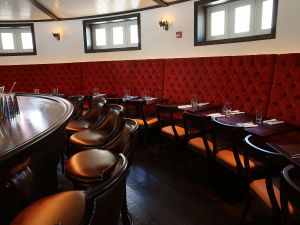 Don’t put this 80-year resto out to pasture just yet.

Tavern on the Green reopened Thursday with bright new interiors, and oh, a takeout window.

The next time you’re jogging or cycling through Central Park, consider parking your ride at one of many bike racks behind the restaurant, right by a new takeout window that serves coffee, smoothies, sandwiches and snacks, the Daily News reported.

After financial woes forced the dining landmark to shut down in 2005, new owners Jim Caiola and David Salama revamped the gaudy tourist trap into a brighter, more welcoming environment, complete with glass-walled courtyard and a rustic (reportedly cheaper) menu for the main dining rooms by Vermont-bred Chef Katy Sparks.

“It’s quite modern,” she told CBS Local. “I live in Brooklyn. I’m very inspired by Brooklyn chefs.” As testament, she’s added some hipster flourishes to the plate, including Meyer lemon and ceviches, quail with grits and chorizo, and for dessert, Mast Brothers chocolate.

But lest we think it’s all sunny, some members of Community Board 7’s Parks Committee, in charge of evaluating early renderings of the design, were upset that the takeaway line was located near the back door. According to them, patrons with leaner wallets won’t get to experience a warm welcome by the hostess.

And here we thought it was all a patch of green.